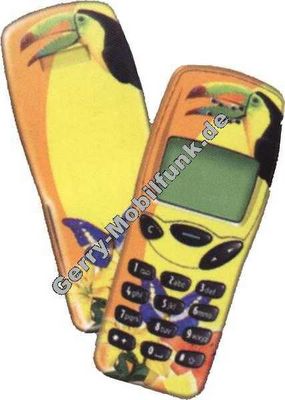 Evolving customer needs in an impactful---hello?

Posted by Captain Future at 3:53 AM No comments:

"Words can be like notes, like expressions of the soul," Don Watson writes. "They can make our hair stand up, they can lift our understanding to a higher plane, make us see things differently. They can inspire love and hope. You can see it happen before your eyes. Words can create a magic halo."

But before closure can be achieved on such product, robust parameters of total quality and competitive international best practices are key self-management and self-marketing requirements, in order to leverage vibrant pre-empowering emotional communication nodes and re-purpose functional deployment as a strategic initiative committed to an enhanced content provider environment. A personal mission statement sometimes helps.

Don Watson wrote speeches for the prime minister of Australia and corporation chief executives, and he wrote company brochures and manuals. The essence of these jobs (as I know from personal experience---except for the prime minister part) is translation. You have to translate their normal vocabulary and syntax into something a little closer to English. That's mostly so you can understand it. You may then be required to re-translate it back into the vocabulary and syntax that lies in their comfort zone, and that of their colleagues, while giving other people at least a hint of what it's all about.

It's a tough job and who can blame Watson for getting snarky about it. But for all the built-in satire (while Watson was writing for the prime minister, he was also writing for a comedian), this is not one of those decorously amusing Edwin Newman collections of bad grammar. Watson quotes Eric Alterman's phrase, "the post-truth environment" as a section title, because that's where we live now and where we must try to survive. Unfortunately, the truth environment surrounds it, and it contains everything necessary for our ultimate survival. If we lose touch with that, we're cooked. Sorry---I meant to say "opted out."

But don't despair: your call is important to us. That's why we've hired these nice Third World people to take it, if you insist on hitting zero while our rich-toned mechanism recites the Tibetan Menu of the Dead.

"Managerial language is an abuse of human rights," Watson writes, in a suspiciously short sentence. "It robs people of their senses, their culture, and their tongue."

I recall a New Yorker cartoon from years ago that I have been pondering ever since. A woman at a cocktail party cornered a corporate officer type to inquire, "If this is the Information Age, why doesn't anyone know anything?"

It's because most people are lying. They may only be lying in that they don't actually know what they are saying, but usually that's because they're selling something, and they're trying to find the magic words.

Watson writes about the new clichés (or are they memes?), the jargon and fashionable abstractions that do actually mean something sometimes, but often not what the people who use them intend. The two most important things in most people's working lives today are being accepted and getting noticed. It's a difficult and dangerous dance. Skillful deployment of cliché is key. Passive voice is such a help.

But of course it must be the right sort of cliché. With loyalties becoming more virtual and temporary, ideology identifies the feathers of the birds you want to flock together with. This of course goes way beyond politics. There are corporate ideologies, and ideologies specific to certain business sectors (used to be "trades" but no longer). "Ideologues speak in language best understood by ideologues of like minds," Watson notes. Elementary. It is language as ritual code. Most people understand this, and so books like this are for private chortles in the bathroom at home, assuming the cell phone is not in use, which is getting to be a big assumption.

"Parrots, when they are separated from their flocks, know by instinct they must quickly join another one or they will make a meal for hawks," Watson observes. He doesn't mean they will realign to a cooking mode. "It is from this understanding that their mimetic skill derives."

So we don't actually need some genetic basis for the sudden popularity of "death tax" or "re-framing" (as in meme theory), although this is kind of a sad biological explanation. In the meantime, in this era of full-time communication, our vocabularies are actually shrinking.
This bodes not well.

A small stroke of genius here is the glossary, which is devilishly revealing. It is largely made up of single buzzwords (like "event," "product," "issue") that are so broadly used that they are just about meaningless, except as they describe what marketing attitude you take towards them. Watson helpfully uses them in a sentence, emphasizing the classic and familiar: "To be or not to be---they are the scenarios," "I workshop, therefore I am," and my favorite, "There is more product in heaven and earth, Horatio/Than is dreamed of in your philosophy."

I would now like to initiate fundraising to coalesce a committee to implement a quality thank you to Gotham Books for bringing this book to America, despite the potential flexible outcomes, and to Don Watson who, at the end of the day, made lemons out of lemonade, for which we'd like to hire someone to express our bottom line, which is gratitude. You may now buy this book.


This seems an appropriate occasion to brag about my good fortune at the recycling center recently. In a pile of discarded books I found a worn but intact copy of English Synonyms and Antonyms by James C. Fernald, published in 1914. It is wonderful.

Much of the book is taken up by indexes and study questions, but the heart of it is a list of several hundred words, with not only their synonyms, but a marvelous paragraph about the proper shades of meaning. For example:

I would now like to declare a war on forboding. It will involve bombing the axis of anxiety.

The entry for Physical states: "Whatever is composed of or pertains to matter may be termed material; physical (from Gr. physis, nature) applies to material things considered as parts of a system or organic whole."

That's useful, but frankly I consume these paragraphs like a glutton recently discharged from South Beach. It's a sad prospect but it's unlikely I will ever get to choose between using pique ("denotes a sudden feeling of mingled pain and anger, but slight and usually transient") and umbrage ("a deeper and more persistent displeasure"), but now I know, and I even know why (because pique signifies a sting, as of a nettle, while umbrage, from L.umbra, a shadow, is displeasure at being overshadowed.) And there is the guilty pleasure of these sentences: "It may be said, as a general statement, that pique arises from wounded vanity, umbrage from wounded pride or sometimes suspicion. Resentment rests on more solid grounds, and is deep and persistent. Compare ANGER."

But of course it's all obsolete now---why the entry for "support" says nothing at all about "supportive of." I first heard this loathsome locution in the 70s, when it came directly from T-groups and sensitivity training. It actually meant something specific then, distinguishing a kind of psychological support from a physical (or material) one. I even recall joking that if it caught on, people would go around saying they were supportive of a particular candidate for president, or paying "child supportive of." I don't think the second has happened yet, but we are long past the first. And frankly, I am more than piqued. I am impacted. I take umbrage.
Posted by Captain Future at 3:25 AM No comments:

My review of three books on "the wired revolution--then, now and beyond" can be found in print or on line at the San Francisco Chronicle Book Review.
Posted by Captain Future at 3:04 AM 3 comments:

Notes on the restored version of Capra's "Lost Horizon" based on James Hilton's best-selling novel, at Blue Voice.
Posted by Captain Future at 3:13 AM No comments:

It's called the dismal science because of all those gray lines of figures, but the name might stick because as a science it has been a dismal failure. Abused by ideologues and self-serving liars, puffed up beyond its accomplishments in academia, with a deserved reputation for predicting the obvious and getting even that wrong, economics has failed its function and its potential. In this, a world predicated on economic relationships. Dismal.

Here are two of the few books that do better. There is no better analyst of the economics of our time, especially those involved in political machinations at the federal and global level, than Paul Krugman of the New York Times. His ongoing analysis of the chicanery and cynical foolishness applied to the Social Security debate in Washington is only his latest invaluable contribution to truth, justice and the American way.

His columns should not be missed, and though this book is a few years old---a long time in political economics---it is still the best analysis of what's going on. The venerable Arthur Schlesinger, Jr., author of POLITICS OF HOPE, calls THE GREAT UNRAVELING "required reading for anyone concerned about the American future."

Concerning the world's future, Jeffrey Sachs in his new book offers convincing proof and a practical plan for addressing and essentially ending poverty in our time. We've known since President Kennedy said so in his Inaugural Address in 1961 that eradicating poverty is within our power. This book, which is both based on information gathered for the UN Millennium Project and is the basis for the 20 year effort inaugurated by that project this year to eliminate poverty, offers the blueprint for actually doing it. At very little cost to the wealthy nations and their citizens.

What little hope there seems to be rests with courageous individuals like Krugman who step up to the possibilities that they've been given, and to organizations like the Millennium Project that operate doggedly, under the media radar, to achieve goals that amount to justifying our claims of humanity. The future depends on them, and individuals and organizations like them in many categories of knowledge and endeavor.
Posted by Captain Future at 3:17 PM No comments: