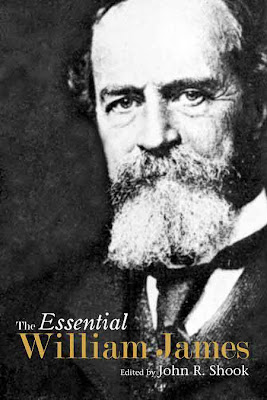 Long eclipsed by the giants of psychoanalysis, Freud and Jung (James met them: liked Jung, hated Freud) and seemingly made irrelevant by drug-happy behaviorists that dominate psychology now, William James is currently receiving new interest and respect.  His trust in self-examination and what's sneeringly referred to as anecdotal evidence together with laboratory evidence is increasingly getting a second hearing.  His emphasis on practical effects and action that brought Aristotle up to date, yet his insistence on complexity and room for mystery, keep him current in many fields of science and speculation.  As an early link between philosophy and psychology, he continues to show the way.

This selection of 18 essays by William James is preceded by the editor's 41 academically-oriented pages on his thought.  Any selection of James is welcome, especially published-- as this one is-- in a sturdy paperback with clear type.  But there are other such selections--for instance The Heart of William James, edited by the excellent James biographer Robert D. Richardson.  A few of the essays are the same in both collections, but many are different.  Though the editor of this volume implies reasons for some of his selections, a clearer explanation for why these constitute the "essential" William James would be helpful.  Annotations and footnotes could also clarify the many casual references James' makes to events etc. that his audience would have known, but which are now forgotten.
Posted by Captain Future at 12:45 AM No comments: 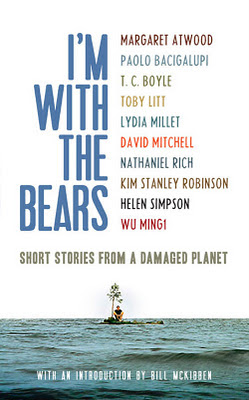 I’m With the Bears: Short Stories from a Damaged Planet
Edited by Mark Martin
Verso

As noted in Bill McKibben’s introduction, this collection of 10 stories arrives in the growing shadow of the Climate Crisis. But these are not stories primarily about the Climate Crisis, and only a few mention specific manifestations. Instead they are meant to illuminate (as McKibben says), “not to push us in some particular direction.” Still, sales of this book benefit 350.org, McKibben’s advocacy organization dedicated to reducing the still-climbing output of greenhouse gases.

The book starts with T.C. Boyle’s account of an environmental action in Oregon, and the complex emotional lives of participants. Lydia Millet’s story, “Zoogoing” concerns a man’s response to animals and the animal in himself. It’s not as potent as Michael Ventura’s novel, The Zoo Where You’re Fed to God, but it does illuminate. Kim Stanley Robinson contributes a chapter from one of his Climate Crisis trilogy novels (though it’s about a hike in the Sierras.) In Robinson and Millet, characters contemplate the already visible implications of the destruction of the natural world as we know it, which the Climate Crisis may well complete.

Nathaniel Rich contributes a fantasy that illuminates the inadequate smallness of our scientific approach to nature. Then there are several post-apocalyptic stories—a disturbingly popular genre. Helen Simpson and Toby Litt provide their variations on the breakdown of society. David Mitchell’s “The Siphoners” that combines futuristic horror with a teaching folk tale is more like traditional apocalyptic stories, which tended to be cautionary tales, saying basically that if we let this or that aspect of our society or technology play out to its logical conclusion, this catastrophe will result. There’s conspicuously little of that here.

Wu Ming’s story depicts persistent human and cultural qualities in post-apocalyptic circumstances, while Paolo Bacigalupi suggests a culture of survival in an ongoing ecological catastrophe that the previous stories imply.

When I saw Margaret Atwood’s name as a contributor, I immediately anticipated her contribution might be “The Bad News” from her most recent story collection. It’s the best story that subtly illuminates our current condition that I’ve read since Charles Baxter’s “Through the Safety Net” in the 1980s, only then it was nuclear war while today it is the slower specter of the Climate Crisis. But Atwood is instead represented by a shorter 2009 piece, “Time Capsule Found on a Dead Planet,” a trenchant elegy for Earth, and fatal human hubris.

These stories speculate on a variety of fates for the Earth. We could use more stories that explore how to best navigate the major and painful changes that probably are ahead. This provocative collection is a start, and it’s for a very good cause.
Posted by Captain Future at 12:24 AM No comments: 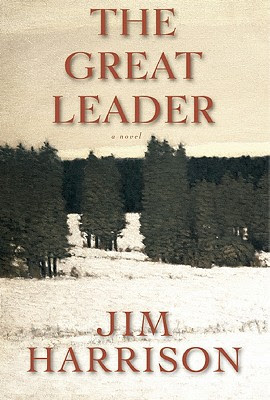 Jim Harrison has written a police procedural? The author of historical family sagas like Legends of the Fall, whose last novel was entitled The English Major? Like that last one, this new novel is about a solitary man in his 60s dealing with his changing life, but here he’s a retiring detective obsessed with one last case, and this gives the personal journey a shape along with the momentum of the detective story.

Moreover, Harrison has created a credible character in Upper Michigan police detective Sunderson, with original qualities for a police procedural. Sunderson wants to finally nail the Great Leader of a religious cult who preys upon underage teenage girls, sexually and financially. Sunderson understands the sexual temptation all too well, thanks to his foxy young neighbor Mona, especially when Mona seems to invite his advances. But he resists, and their relationship is one of several that become complicated, funny, surprising and very, very human. Think Larry McMurtry meets Raymond Chandler, for starters.

The police detective whose wife has left him is a genre (and especially TV) cliche, but for once there’s a reason: Sunderson could not help anticipating the worst (“If you’re a cop long enough even songbirds are under suspicion”) which was too relentlessly depressing for his wife, Diane. She has remarried, but reenters the story.

More typical of Harrison, Sunderson’s best friend is Native American, and the detective (a former history major) feels the weight of the attempted genocide of whole peoples, as well as their land. (So there’s a certain poetry in the ending, which I will not give away.)

Like others his age Sunderson is haunted by sudden specters of regret, yet he is sweating his way through a transition to new possibilities forced and afforded by retirement. The subtleties of that process track the search for the cult leader. It’s one of several correspondences that make this a shapely novel. It fulfills the expectations of both the detective genre and the novel form, which includes novelty. Both aspects of the story—the detective and the personal-- have vivid endings.

Meanwhile there are the meditations on the history of Native and whites, and on contemporary life expected in a Harrison novel, this time informally emphasizing the interrelationship of sex, money and religion. Harrison extends his expertise in presenting a character in the rough, both cynical and innocent, vulgar and philosophical, whose mind is active and alive.

Along the way there’s Harrison’s unique writing: paragraphs that read like a random collection of non sequiters with bizarre (or no) punctuation, that keep you off balance for the explosive zingers that pop off the page.  I'm wondering if his paragraphs aren't influenced by the ghazal, a poetry form that tends to link different subjects.  "...it often makes a leap to a new subject matter with each new stanza that is, itself, a form of wildness," Robert Bly wrote, noting that to be effective "the ghazal must have massive forms of discipline to balance that wildness."  Jim Harrison is also a poet, and he wrote a series of ghazals early in his writing career, so he has experience with the form.  (This possible insight is inspired by discussion of the ghazal in Chard DeNiord's interview with Robert and Ruth Bly in the Sept./Oct. issue of The American Poetry Review.)

A bit of inside baseball, and maybe an inside joke: Sunderson mentions reading a book by poet Gary Snyder, and in the real world there’s a video on sale of old friends Snyder and Harrison talking, but that doesn’t stop Harrison from giving chunks of Snyder’s life (his college, his thesis research) to this novel’s villain.
Posted by Captain Future at 11:16 PM No comments: