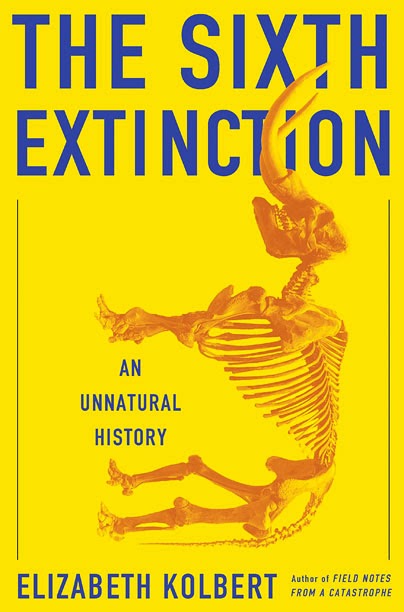 I have to confess that I had an advance copy of this book for months before I could bring myself to begin reading it. Over the past few years I’ve read and reviewed a stunned procession of books on the climate crisis (most of them after Kolbert’s Field Notes from a Catastrophe: Man, Nature, and Climate Change in 2006) and I wasn’t looking forward to another voyage circling the abyss.  Fortunately, Elizabeth Kolbert is an engaging, absorbing writer, and given this subject, she pretty much has to be.

It also helped me in particular that after an introductory chapter of reporting on the extinction of frog species in central America, she deftly summarized the history of extinction as a scientific concept, focusing on the 18th and 19th century, a period in the earth sciences I find fascinating.

These first chapters establish two key facts: that the reality of extinction—the relatively sudden erasing of entire species—has only recently been recognized (there were doubters even 50 years ago), and that actual extinctions are normally very rare: new species appear more often than one goes extinct. “Probably one amphibian species should go extinct every thousand years.” But the scientist she follows has seen several, and she herself has essentially witnessed at least one.

Life forms adapt to their environment, and in the normal course of things, they have time to adapt to environmental changes. “...conditions on earth change only very slowly, except when they don’t.” When something big and unusual happens fast, extinctions occur, and the bigger and more lethal the event, the more extinctions. The asteroid collision that led to the dinosaurs’ demise in the Fifth Extinction is the most dramatic.  Sometimes they are slower but inexorable, affecting one species after another.

Kolbert chronicles the five known mass extinctions, though their causes are not all understood. The general cause of the ongoing Sixth Extinction is the human species and what it is doing to planet Earth. On our present track, global heating alone could easily cause the extinction of half the species on the planet, sealing their fate before this century is half over. A more optimistic estimate is one fourth.

But that’s not the only ongoing cause. By transporting species to places they could not normally go (deliberately, as Europeans did when they brought plants and birds to America, or accidentally in the holds of ships and jumbo jets) humans can introduce a foreign species that eradicates the native plants or animals, eventually causing the local ecology to crash and other dependent species to go extinct. Or they bring diseases that local life can’t resist, such as the infestations currently killing off those frogs in central America, and bats by the millions in New England.

Species have been hunted to extinction, their forest environments cut down, and now more often so fragmented by development that they can’t survive. Some of the same industrial age changes in the atmosphere responsible for the climate crisis are implicated in changes in the chemistry of the oceans, perhaps the most dangerous threat of all. Even when there is not a causal link, there is a “dark synergy” with climate change that amplifies mortal threats to life forms well beyond individual species. 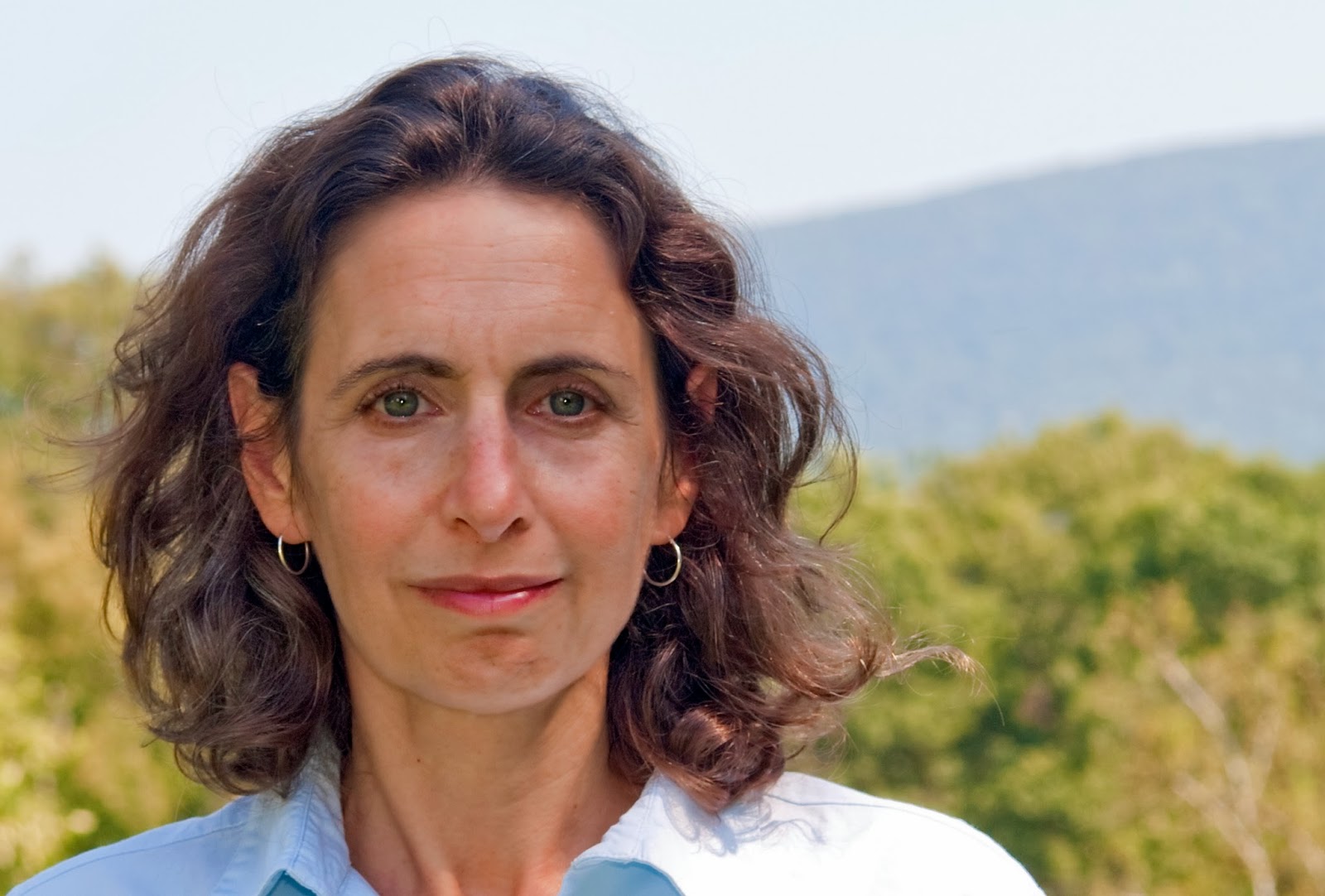 Kolbert travels to scientific research stations, interviews and experiences and writes very well about it all. She’s prolific with apt similes and observations, and doesn’t shy from setting up a giddy turn of phrase, like “rickety spelunkers.” Within the broad effects she describes differences and specifics that scientists study, fascinating as the best nature writing can be.

She follows extreme efforts to save the last remnants of some species, even as the evidence grows that humans were responsible for killing off entire species long before the first cotton gin, including other humans whose genes we still carry, such as the Neanderthal.

Scientists know of key species such as corals that face extinction (threatening an estimated nine million other species), but there are some that are not understood but still may eventually lead to ecologies crashing. The list of species going extinct range from the very small (some of which will not even be catalogued by science before they disappear forever) to trees, amphibians and mammals, including all the great apes, “except us,” at least for the foreseeable future.

A Sixth Extinction might become as profound as the Fifth, in which case the planet will someday be populated by the descendants of the few species that might survive (rats are a good candidate.) In geological time, that may not mean much. “...a hundred million years from now, all that we consider to be the great works of man—the sculptures and the libraries, the monuments and the museums, the cities and the factories—will be compressed into a layer of sediment not much thicker than cigarette paper.” But it's something else to know it is happening now, and will become increasingly obvious during the lives of our immediate descendants.  (Though the book's illustrations are few, they are helpful.  That there aren't more and glossier could be considered a blessing.)

Whether the human species will outlive the Sixth Extinction it caused is an open question, with lots of doubters. What is even more likely to end is the 10,000 year old experiment called civilization, and the potential for it to redeem recurrent slaughter, mindless cruelty and oppression by growing into consciousness as well as knowledge, in time to save itself and the life of this world. I don’t know if civilization’s achievements are any solace, any more than good writing redeems this subject. But we’re grateful for it now.
Posted by Captain Future at 12:24 AM No comments: