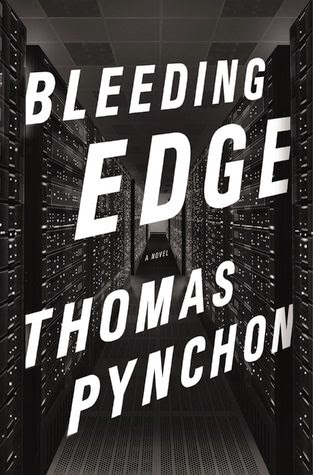 Thomas Pynchon's Bleeding Edge demonstrates his mastery of the early 21st century zeitgeist, to go along with the many other decades he's illuminated.  As usual, the closely observed blends disconcertingly well with the fictional.  When recognized it's funny, as in his hilariously cast series of biopics about famous golfers.  So much of it is in the digital realm, and there it was harder for me to discern the imaginative projections from the dizzying reality.  For example, I thought the "dark web" was a brilliant if typically paranoid Pynchon invention, though I learned that it essentially isn't--that is, in some sense it actually exists.

Pynchon selected a particular New York City voice that to my mind tended to limit the novel's eloquence, though he couldn't always hold back the bon mot.  I grew a bit tired of the voice--but that's also to say that it confirmed in me my overall feeling--despite a short residency it saddened me to end--that I'm glad I don't live in New York.  As for its prophesy, one character talks about omnipresent surveillance potential that people giddily accept with every new device they covet.  He refers the wrist devices that are rumored in today's news to be the next hot product as "the handcuffs of the future." 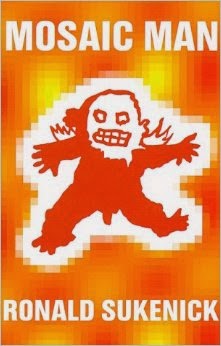 Briefly intercut with that novel in my reading was Mosaic Man by Ronald Sukenick.   Sukenick was a kind of Pynchon who never made it.  He once said he had about twelve readers, but they adored him.  I happened on his Death of the Novel and Other Stories and his first novel Up in a tiny public library in Stony Creek, Connecticut in 1969 or 1970, and was fascinated.  He was doing what later would be called metafiction or postmodern, but with intelligence and a lot of wit.  (I was later to discover his book on Wallace Stevens, Musing the Obscure, which is still my skeleton key to that mesmerizing and difficult--or let's just say mysterious-- poet.)

Sukenick kept publishing, through small presses and the Fiction Collective, in which he was a principal, and I bought them when I ran across them: Out, 98.6, Long Talking, Bad Condition Blues; Blown Away, Doggy Bag.   But it was just this winter that I caught up to his 1999 novel, Mosaic Man.  Once again, the act of storytelling is itself the plot, though this time there's a clear central concern of assembling an identity out of that mosaic of stories.  That seems more to the point than the rough form of books of the Bible (each very different yet somehow parts of the same story), though the pun of Moses-iac Man does suggest something that I don't recall from his earlier books, which is factoring in his Jewish identity.

Anyway, this is clearly a mature work, though still lively and with many of the impulses (and tics) of earlier works.  There are parts of it--the childhood sections especially--that are flat out brilliant.

This book ends in New York, and the Twin Towers and terrorism figure in, although it is not yet 9/11, which happens in the course of Pynchon's book (though it seems to me more a background part of the world than a major element of the narrative.)  However, Sukenick's next novel is about 9/11 and the Twin Towers, near where he lives at the end of this book and in that book.  I've just ordered it.  Sadly, it was his last novel.  He died in 2004. 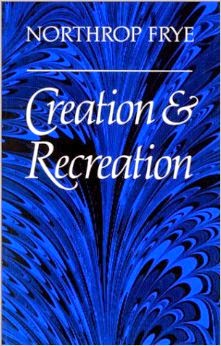 I read another of Northrup Frye's shorter books based on a lecture series--this one called Creation & Recreation.  But I also very deliberately read a longer collection of essays, The Stubborn Structure, all the way through.  Some essays were of broad concern, and some were more specific, and more specifically literary criticism, as in the chapters on Blake and Yeats.  Frankly I thought I might skip those, no longer being in the academic framework, but I really enjoyed them.  In a way they put me back in touch with my 20s self, but I was also aware I was understanding more than I had then, not because of any increase in intellectual capacity (probably the reverse) but possibly of experience, or maturity. 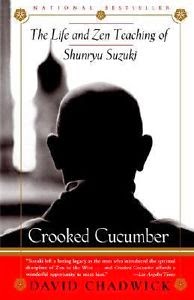 Of the re-reading: Crooked Cucumber: The Life and Zen Teaching of Shunryu Suzuki by David Chadwick is a biography of the man who founded the San Francisco Zen Center and finally brought Zen meditation to the United States in the 1960s.  I'd forgotten or perhaps not appreciated as much how skillfully Chadwick wrote about Suzuki's life in Japan, which is really the bulk of the book, beginning in 1904.  The first time I read it, during my research for a San Francisco Chronicle article on Buddhism in the Bay Area, I had concentrated on the U.S. chapters.  Suzuki is a fascinating figure, with such profound humor--that also dominated my first impression.  This time I marveled at Chadwick's writing ability, though he was not previously a professional writer--he was a monk at the Zen Center.

Another re-read: Ray Bradbury's The Martian Chronicles.  I'd forgotten what variety there is in this collection of stories, since several of the early ones were so indelible.  Bradbury became a kind of grandfatherly figure but here he is still the young firebrand.

Finally, I'm giving up the pretense that this blog is any longer principally reviewing new books.  When I wrote reviews more regularly for publication, I could afford to do that.  But even in my many years of reviewing new books, I have always needed to write about books that were new to me regardless of when they were first published, or books that became new in re-reading--or maybe more accurately, revealed new facets the way old friends do.

So henceforth I will no longer need to categorize my reading here as "for pleasure" as opposed to new book journalism.  It's all going to be for pleasure now, or at least to respond principally to other needs.
Posted by Captain Future at 2:33 AM No comments:

Return of the Book 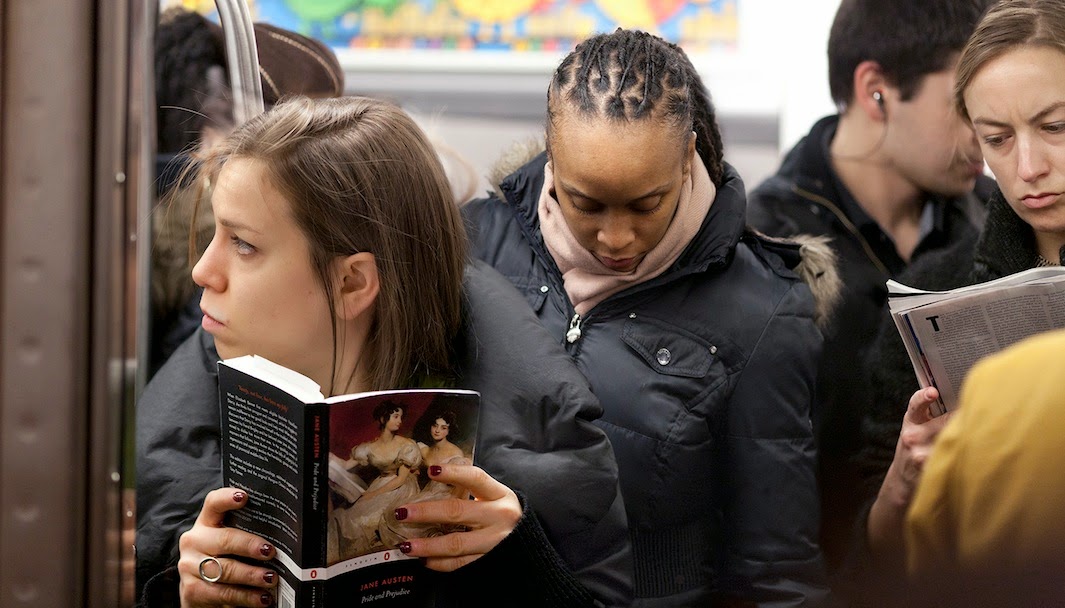 Michael Rosenwald in the Washington Post writes that various surveys all conclude that most of those who grew up with digital media prefer reading actual, physical books.  His piece begins:

Frank Schembari loves books — printed books. He loves how they smell. He loves scribbling in the margins, underlining interesting sentences, folding a page corner to mark his place.

Schembari is not a retiree who sips tea at Politics and Prose or some other bookstore. He is 20, a junior at American University, and paging through a thick history of Israel between classes, he is evidence of a peculiar irony of the Internet age: Digital natives prefer reading in print.

“I like the feeling of it,” Schembari said, reading under natural light in a campus atrium, his smartphone next to him. “I like holding it. It’s not going off. It’s not making sounds.”

Among other nuggets in the article: 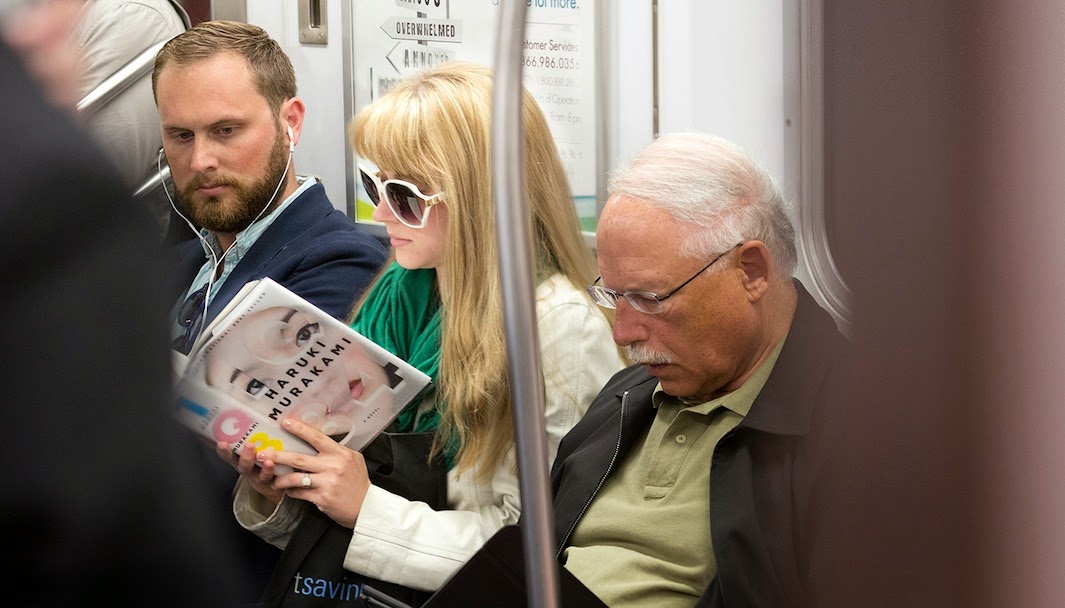 "Pew studies show the highest print readership rates are among those ages 18 to 29, and the same age group is still using public libraries in large numbers."

Textbook publishers trying to go completely ebook are meeting resistance from readers.  Students say they read a print book more carefully than on digital media.  Ironically, students are being pushed by their professors and universities to digital media, the article says, when they don't comprehend as much that way.  Much of the end of the piece is about the educational consequences of a huge official shift away from books, without regard to the differences in comprehension and experience. 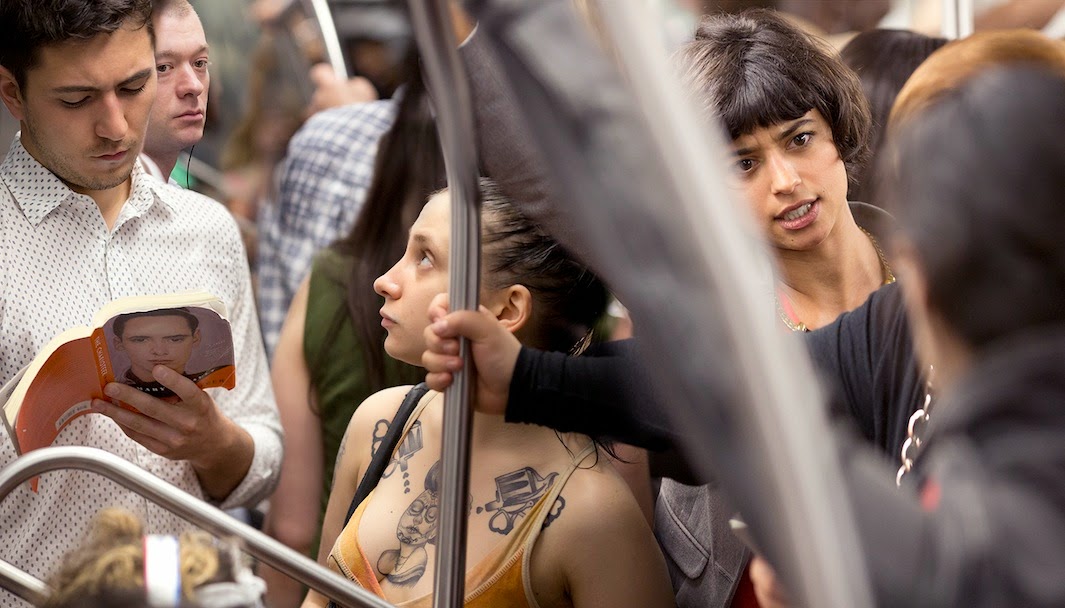 Hyperlinks are often helpful but also can be distracting, many say.  But the comments that most interest me are about the need for the physicality of books--sometimes for memory aids, sometimes for all the senses of the real.  Book are both portable worlds and experiences that live in real world contexts--people remember where they were when reading, what the sights, sounds and smells were.  (Although, maybe not on the subway.)

Photos are by Reinier Gerritsen's series of people reading on the NY subway.
Posted by Captain Future at 2:52 PM No comments: