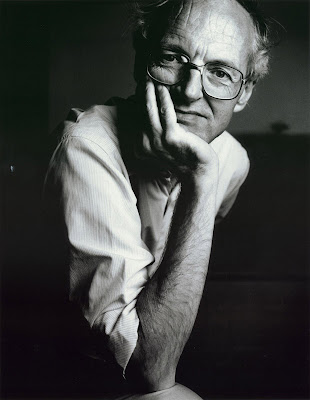 Posted by Captain Future at 5:41 PM No comments:

Labels: Michael Frayn, philosophy, science, theatre
The Human Touch: Our Part in the Creation of a Universe
By Michael Frayn
Metropolitan/Henry Holt. 505 pages.

Here in America, land of geographically and socially separated enclaves of experts where only one "brand" per person is permitted, British writer Michael Frayn would be not only an anomaly but a suspicious character. As a playwright, he wrote "Noises Off," the international hit that critic Frank Rich called "the funniest play written in my lifetime," and "Copenhagen," a drama about quantum physicists, another international hit.

Frayn is also an accomplished journalist, novelist, translator, screenwriter and writer of nonfiction, including philosophy, of which "The Human Touch" is the latest example. Moreover, it is not the "how to win friends" or just "how to win" sort of philosophy, but serious analysis of what we know and how we know it, particularly concerning the nature of scientific knowledge, as well as the nature of reality.