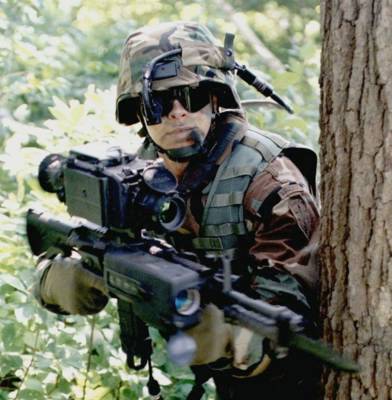 Posted by Captain Future at 1:24 AM No comments:

A Terrible Love of War
by James Hillman

Now in his 80s, James Hillman notes in the first of his interpolated personal commentaries in this volume: "Strange indeed that what I'm assuming to be my last book should land on the shores of this theme..." Strange but perhaps fated, for this uncompromising examination of war arrives as portraits of flag-draped coffins and images of young Americans abusing captives in Saddam's torture prison hover over its pages. They illustrate the gripping mythic power of war that Hillman insists we recognize and acknowledge.

"James Hillman is an artist of psychology," Thomas Moore writes in his still indispensable Prologue to A Blue Fire, his 1989 selection of Hillman's early writings. " He turns upside down many ideas people hold dear and unreflected. After an hour with Hillman's writing, a reader might feel himself twisting and turning in the wind." In the cruel spring of 2004, this reader certainly did.

James Hillman studied with Carl Jung in the 1950s, and wrote prominently on Jungian themes while deconstructing psychoanalysis in the 1970s in such landmark books as The Myth of Analysis and Re-Visioning Psychology. His "archetypal psychology" and re-imagined concept of soul, soon resonated with artists and others outside his first audiences of professional therapists.

By the 1980s, Hillman engaged in book-length dialogues with Italian journalist Laura Pozzo (Inter/Views) and Los Angeles writer Michael Ventura (We've Had a Hundred Years of Psychotherapy and the World is Getting Worse.) After A Blue Fire and a collaboration on men's poetry with Robert Bly and Michael Meade (The Rag and Bone Shop of the Heart), he went public in a big way beginning in the 1990s with Kinds of Power (addressing the psychology of business) and his best-sellers, The Soul's Code and The Force of Character.

This book is perhaps his most accessible, and therefore his most devastating. Hillman has never been one for therapeutic bromides or blanket comfort. He has counterbalanced the usual emphasis on spiritual growth, hope and happiness with a call to experience the soul's depths of complexity, limitation, loss, patience and relationship with death. Soul confronts what ego would like to deny.

For instance, the reality---and normality---of war. It is with us every hour now, but even in the supposedly placid 1990s, something like 6 million people died in at least 14 wars. More than 60 million were killed in the 20th century's wars. For every year of recorded human history there have been at least two wars. This is not a pretty picture of humanity but to avoid it entirely leads to such products of denial as neglecting to confront the damage that ruins the lives of many returning soldiers. The "failure of imagination" we heard about concerning 9-11 (and have heard long enough to be noted in this book) is a failure to painfully apply imagination to the nature of war, so our stupidity masked as innocence leads us into avoidable repetitions of mass killing.

But reader beware: there is nothing pacifist about Hillman's approach. He says war is normal, not just usual. He says it is inhuman, but not just for its horrors---it is inhuman as are the gods, even if their autonomy resides in our psyches. War is not just the province of Mars but of Venus, so war has its sublime beauty and love. This book's title is not rhetorical-the subject is the terrible love of war. "Because war reveals our being, we are brutal and insane in action," he writes, "and we are ethical and loving in essence."

Hillman agrees with political philosophers who say war is inherent in the existence of states. His most aggressively presented theme is that war is a result of the either/or of monotheistic religions. Polytheism (not as literal belief but as a way of exploring the human soul and the soul of the world) shows us the complexity of shadings, relationships and contained contraries. One of his more startling illustrations is a Homeric Hymn to the Greek god of war that ends, "give me courage,/let me linger/in the safe laws of peace..."

Our task, he writes, is to dig "below the blanket of hypocrisies" and stop blaming the beliefs of others, especially when the inflammatory clerics and history of religious warfare we decry are mirrored in our own. "Psychoanalysis has moved civilization to where it must do what its patients do: take back easy blame from out there in search of the more difficult blame in here."

At times Hillman's concluding pages sound as bleak as the despairing H.G. Wells in his last book, Mind At the End of Its Tether. But he dares to make a case for beauty and the complexities of culture as a necessary counterbalance even more strongly than the case for consciousness that Jungian Anthony Stevens shapes in his new book on war and terrorism. And while Hillman states starkly that "There is no practical solution to war because war is not a problem for the practical mind..." he also says that recognizing "War belongs to our souls as an archetypal truth of the cosmos" may help us focus more effectively on preventing war's bloody enactment in the world. "We may understand it better, delay it longer, and work to wean war from its support in hypocritical religion."

Hillman can be a seductive writer. Living now in Wallace Stevens' Connecticut, Hillman's voice on a recent audiobook sounds eerily like Stevens', and there are lines of his prose that could easily be slipped into certain Stevens' poems, and vice versa. But this book presents more of his provocative side, and much more of his intriguing personal history than he's shown before. Its' a skillfully constructed tour de force with more virtues than omissions. It took a warrior courage to publish it, and it will take warrior courage to absorb it. But without either endorsing or denying all its conclusions, this reader can recommend it as important reading for our time, as we try to make sense of its terrors.

Posted by Captain Future at 1:16 AM No comments: