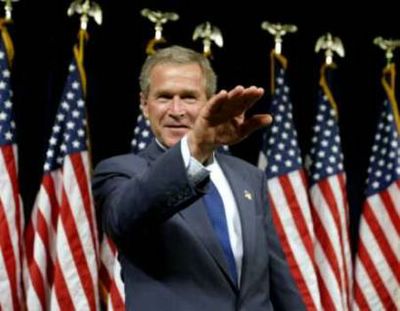 Posted by Captain Future at 12:43 AM No comments:

Whose Freedom?
The Battle Over America's Most Important Idea
By George Lakoff
Farrar, Straus & Giroux

If you are left aghast and amazed by politics and government today, these two books are for you. There are plenty of screeds and exposes on the details, but Boston College political scientist Alan Wolfe and UC Berkeley professor of linguistics George Lakoff concentrate on the bigger picture of what is happening and why.

This is not your grandfather’s democracy, they say; it’s not even your father’s. Most Americans over 30 -- especially liberals and moderates -- who formed their impressions of political institutions and the political dialogue before, say, 1984, are in for a rude awakening.

Continued at the San Francisco Chronicle Book Review
Posted by Captain Future at 12:33 AM No comments: