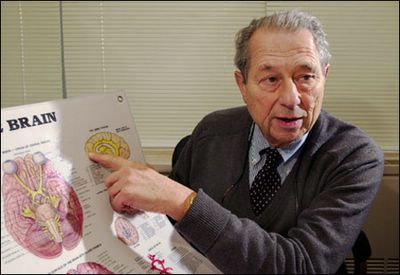 Posted by Captain Future at 9:50 PM No comments:

Two for the Ages

This spring , Yale University Press has published summary works by two distinguished Americans in different fields that address attitudes and actions forming our common world : the famed psychologist and writer Jerome Kagan, and the veteran expert on public opinion and social values research, Daniel Yankelovich. Both books are of special interest to their disciplines but in this era of boundlessly bounded expertise, both are of immense value to a wider readership. This relevance reflects the careers and lifelong concerns of both authors to relate their work to the general welfare, and to the major public dialogues of their times.


Jerome Kagan’s An Argument For Mind is structured around autobiography, beginning with his graduate work in psychology in 1950. Kagan describes his own state of mind and views, as well as the state of psychology in the context of relevant public events and dominant ideas of the time. Without jargon or smothering detail, he creates a generous and thoughtful history of the discipline over the past half century.

Psychology is a field where battle lines have long been drawn between those who rely strictly on experiments and statistics and other data, and whose therapies usually involve drugs, and those whose observations are more general and contextual, and whose therapies involve “talking” and applying concepts in active partnership with patients. There’s conflict between those who emphasize environmental factors, and prescribe cognitive or behavioral therapies as well as particular parenting procedures, and those who emphasize genetics and brain chemistry, prescribing drugs and other methods of manipulation and control.

Kagan not only uses insights and techniques from all camps, based on his own researches, but further relates his observations in this book to characters and situations in literature, movies or shared popular culture, accessible to all of us.

Kagan is renowned for his work in developmental psychology and how children learn. He is not afraid to use concepts such as virtue and morality in describing aspects of his findings and conclusions, without getting mired in judgments. This willingness to use broadly known concepts also contributes to making this book more accessible and relevant to public debate as well as personal insight.

In his concluding chapter, Kagan writes about the limitations and the relevance of biology to psychology, of (among other things) brain to mind. In writing about these issues as well as others of general concern in a field that continues to have vast direct and indirect importance to all of us, he displays a quality much missed since the passing of the founding giants of modern psychology: wisdom. You (like me) may not agree with every conclusion, but Kagan writes with the authority, clarity and generosity that gives us the information and context to grasp the issues and make up our own minds.

text continues after photo
Posted by Captain Future at 6:38 PM No comments: 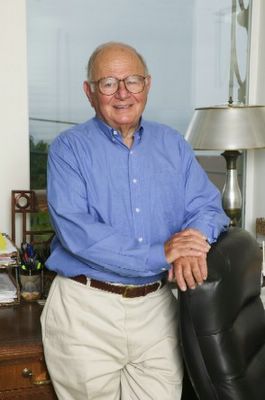 Posted by Captain Future at 6:03 PM No comments:

Applying conclusions backed up by factual findings also characterizes Profit With Honor: The New Stage of Market Capitalism by Daniel Yankelovich. Though his name might be most familiar as a pollster, he has also been involved in public policy (as chair of Public Agenda) and education (Viewpoint Learning) as well as serving on boards of corporations in various industries.

He begins with recent business scandals, and the inadequacy of new regulations and enforcement. We need “normative climate that encourages compliance with laws and regulations,” and “History shows you cannot fight bad norms solely with laws.”

But even beyond illegal activity, he argues, the so-called magic of the marketplace won’t produce ethical results to benefit society. History also shows that market economies “vary from era to era and from culture to culture. Their inherent nature is far less clear-cut than either their advocates or their opponents presuppose.”

In the second half of this relatively short book, Yankelovich describes his vision of “stewardship ethics” and how in practical terms they might work, for the benefit of society and individual businesses, and their stockholders. The vision of businesses operating from an attitude of stewardship, looking for the long-term benefit of society and the corporation, is in some ways radical, yet it is a practical way to respond to many problems of present and near-future reality that both societies and businesses will necessarily face, including the major challenges of energy and environment.

“The most creative challenge of stewardship ethics is to learn how to make profitability and society’s interest more compatible.” That’s saying a mouthful, and there will be many skeptics on all sides of these issues. But if this is the culmination of Yankelovich’s work, it could be a valuable legacy. He believes such a pervasive change in operational attitude must come from CEOs, and he’s using a lifetime of credibility to make his case. It is an act of courage, and that, along with that credibility and his career, means this book deserves a hearing. But then, just the merits of the case he builds in this book call for serious attention. Something like stewardship ethics may well be required not only for a better future, but to prevent a far worse one.
Posted by Captain Future at 5:33 PM No comments:

Posted by Captain Future at 2:39 AM No comments:

Springing Forth: Notes on Four

“So many books, so little time” says a sweatshirt I sometimes wear in public, and it elicits rueful nods and grimaces. Despite the tons of bad books published every season, there are still more good books coming out than any one person can read. Here are a few that may have got away from the attention of many reviewers and potential readers this spring.

Novel Beginnings: Experiments in Eighteenth Century English Fiction by Patricia M. Spacks (Yale) is readable scholarship that fills a gap for readers curious about early novels and how the novel developed. The English novel was born in the 18th century as a popular form that mixed drama and epic with such everyday forms as sermons, accounts of travels, journals and journalism, in an era of expanding literacy. Every early novel was an experiment but many approaches got lost in the rush to a mainstream form. Spacks looks at novels of adventure, development, consciousness, sentiment, manners, gothic fiction and political novels, ending with a lengthy consideration of Tristam Shandy. This book is filled with rich delights and delightful possibilities.

Defiant Gardens: Making Gardens in Wartime by Kenneth I. Helphand (Trinity University Press). From a French soldier’s flower bed on the Western Front in the Great War to an American soldier’s bed of grass near Baghdad in 2004, Helphand considers the impulse and result of creating gardens in the midst of mechanized violence and terror. Growing life in the shadow of death extends to ghetto gardens and gardens in POW camps in World War II. This is a unique history, with a section (“Digging Deeper”) that explores meaning. Nature and beauty versus the worst of machines and human ugliness are some of the stark contrasts that inhabit these human stories. With black and white photographs.

Conversation: A History of A Declining Art by Stephen Miller (Yale) is a history (with particular reference to the “age of conversation” and 18th century British coffeehouses) with a point. In his latter chapters, Miller decries the decline of conversation in an age of cell phones and “anger communities.” But he doesn’t define good conversation as humorless—wit and raillery were once essential. It can be, as Virginia Woolf maintained, a result of “showing off.” But if we can’t converse with Cicero, Montaigne and Defoe, we can at least read about their conversational expectations. I don’t endorse all of Miller’s conclusions, especially about recent decades, but at least it’s a conversation-starter.

Bedrock: Writers on the Wonders of Geology, Edited by Laurel E. Savoy, Eldridge M Moores, and Judith E. Moores (Trinity University Press.) Our modern sense of time and change began with geology. Rock strata revealed by mining and canal digging, along with fossils discovered in the same digs, led to an expanded sense of the earth’s age, and inspired Darwin in his consideration of biological evolution. This anthology takes a very wide view of the subject, including excerpts from writers like Mark Twain, James Joyce, Lucille Clifton and Michael Ondaatje as well as Darwin, Loren Eiseley, John McPhee and Paul Shepard in sections titled “Of Rock and Stone,” “Deep Time,” “Faults, Earthquakes and Tsunamis,” “Volcanoes and Eruptions” (where Ursula Le Guin appears along with Pliny the Younger), “On Mountains and Highlands,” Rivers to the Sea,” “The Work of Ice,” “Wind and Desert” and “Living on Earth.” These pieces add up to senses of where geologic matters fit into the web of life, including how humans interact with these objects and forces—neither animal or vegetable but in some sense, so many clearly feel, alive—in many times and cultures.
Posted by Captain Future at 2:14 AM No comments: