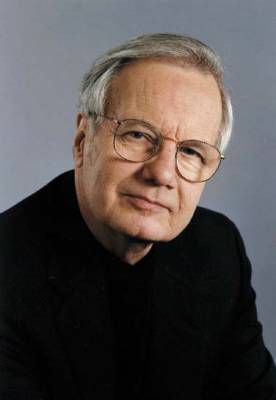 Posted by Captain Future at 11:35 PM No comments:

Moyers On America: A Journalist and His Times by Bill Moyers

After a half century of journalism, Bill Moyers is retiring at year's end. There has been no other broadcast journalist like him, and unfortunately it's unlikely there will be again. American television journalism does a notoriously poor job covering the arts, culture, science, humanities---in fact, ideas of any kind, and certainly of any complexity. Yet Bill Moyers was perfectly comfortable questioning Senators, foreign diplomats, and philosopher Martha Nussbaum, playwright August Wilson, and physicist Murray Gell-Man. His interviews with Joseph Campbell and Robert Bly changed the cultural landscape, and just last year his coverage helped stir public outrage which stopped (or at least slowed)the FCC from allowing media conglomerates to absorb even more news outlets.

Moyers made two significant detours in his journalistic journey: an early stint at a Baptist seminary, and several years working in the White House for the man who'd given him his first broadcast journalism job at a tiny Texas station, Lyndon Johnson. The impulse that led to each, and the experience gained, gave his journalism a rare richness. Viewers responded to his integrity and authenticity, and the courage behind the smile---also rare. All of these are on display in this collection taken from talks and commentaries, along with historical perspective and informal reminiscence too informative and entertaining for prime time.

Moyers'words in this book on the dangerous trends of celebrity journalism and conglomerate control should be required reading for young journalists, if not all citizens. His evaluations of his private and public past will be equally useful and inspiring to readers who have grown up with him. This is a penetrating yet companionable volume, from an exemplary journalist who says he still believes, and still doubts.