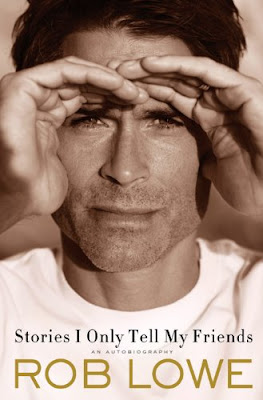 Stories I Only Tell My Friends: An Autobiography

Yes, it’s a celebrity bio. Though it’s on the cover of Vanity Fair, it’s also in the New York Times Book Review. Pretty boy celebrities are people, too—and an actor who lives in a world populated by the most accomplished film and stage artists as well as the Washington political equivalents is positioned to have some good stories, and possibly even insights into these worlds and their impact on the commonalities of real life. This book has something to say on all these elements.

First there’s the journey to get to those worlds, and Lowe’s was an odd one: from a broken home in Dayton, Ohio to a serendipitous shot in the dark with his mother and her new boyfriend which happened to land them in Malibu down the street from the Martin Sheen family. So his 7th grade pals were Emilio Estevez, Charlie Sheen and Sean Penn. (If you're wondering how Charlie Sheen got so crazy, it's worth being reminded that his dad as a young man was fairly outrageous himself. Lowe has some stories on that score.)  Athletic as well as an artistic outcast, Lowe lost a race to Superman—or a kid who would grow up to play him (Dean Cain of “Lois and Clark.”)

Lowe broke into movies in the Brat Pack teen film era of the 80s. I was probably one of the few in my older demographic who actually liked those movies. But my chief curiosity was Lowe’s reincarnation as Sam Seaborne in “The West Wing.” His departure from the show after four seasons was never really explained. He’s informative but remarkably restrained about it. He only praises the show and the people involved, while letting declarative statements suggest deceptions and remaining mysteries. Watching people suddenly turn on you without ever knowing why—this at least is familiar outside Hollywood.

As well as rags to riches, there’s the fall (sex and scandal, ego and alcoholism) and resurrection: rehab, new mastery and success, a more balanced life of love and family. Easy to cynically recite, but worthwhile in the differences and details.

It’s a pretty well written book, though not to the level of Sting’s autobiography (Broken Music, or for that matter almost any memoir written by a Brit)—and yes, Sting’s in it, too. It too-regularly employs a revelation device (the girl named Sarah that turns out to be...Sarah Jessica Parker!) that Steve Allen was making fun of in the 50s. But the revelations are interesting anyway. Rob Lowe finds a tone that’s flexible and appropriate—that sounds easy but is usually hard to achieve. It also helps if your stories involve dating Cary Grant’s daughter and riding with 9/11 hijackers.  It's a different world, but how to be human in it?  That does have its fascinations for those of us who've glimpsed it, felt it up close, and then quickly gone back outside.
Posted by Captain Future at 12:45 PM No comments: 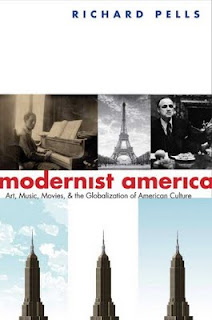 Historian Richard Pellis begins with a good idea: twentieth century Modernism has been most thoroughly explored as a series of European inventions.  But what was the contribution of America, just as it was beginning to become a power in the world?  He begins well by describing modernism as an urban phenomenon, and the similiar functions of New York City, both globally and within America, to the European capitals.  He notes the American difference: the tremendous influx of immigrants in the early 20th century, many from Europe.

But this all turns out to be just a few paragraphs in a wide-ranging survey of just about everything in the 20th century's output of art, music and movies.  There are some insights about movements and individual artists and works, plus a fair number of cliches and a lot of (mostly conventional) opinions.  It seems to be uninterested in clear distinctions between modernism and the post-modern--another disappointment.  As a general survey it has some authority and interest, especially given the author's earlier work.
Posted by Captain Future at 6:37 PM No comments: 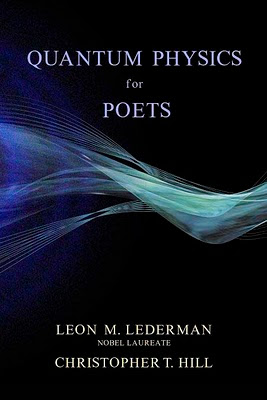 In a way, each new development in physics reorders the whole field, changing the context. So books that cover a lot of the same ground appear every year. Still, it's interesting that a century after the major insights of quantum physics were first proposed, the topic remains remote to many if not most people.

Nobel Laureate Leon Lederman and Christopher Hill have written a pretty thorough book for non-physicists on quantum physics.  It is pretty decently published as well--nice size and heft, clear print (though a bit crowded.)  Their attempts to be engaging, when they fail, don't fail too badly, and aren't insulting.  There's not much math, but a lot of graphs and diagrams, so you need that sort of intelligence to follow it well.

But it isn't a book for poets--that is, there's nothing that makes it a book on quantum physics that's particularly for poets.  "Poets" is I suppose a stand-in for "non-physicists" or (in the academic setting where this book is likely to find its readership) non-majors.  It could be another way of saying "Quantum Physics for Dummies" but it doesn't really have that tone.  Quantum physics certainly has attractions for poets, though probably more for the quirky words like quarks and leptons.  Those of a poetically philosophical or poetically political etc. bent have always been fascinated by the concepts, but there's little here that relates to their source documents.

Non-physicists, particularly in the computer world, will probably be interested in the too-brief final chapter, "Quantum Physics for Millennium III."  Of all the paradoxes that quantum physics introduces, the one that fascinates me the most is the success of quantum mechanics in actually working (it's essential in a lot of electronic devices, including computers) while quantum theory is still a complete failure--that is, no one can prove their theories of why and how, and most of them sound ridiculous.  Now there's something that will interest poets.
Posted by Captain Future at 3:13 AM No comments: