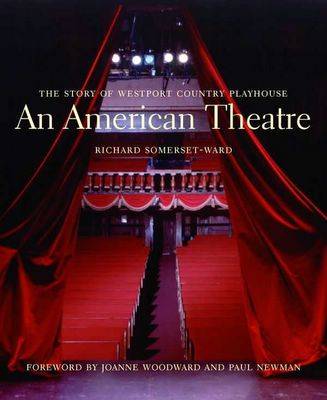 new from Yale U. Press

Posted by Captain Future at 2:02 AM No comments:

Cities were hot, the country was cooler. This condition before air-conditioning led to summer theatre in America, beginning early in the twentieth century. Later on there would be other incentives for the tonier summer theatres, especially near enough to New York City: summer reruns meant television stars could headline on the summer stage. It was part Straw Hat Circuit, and part tryout venue for Broadway.

But the Westport Playhouse in the affluent Connecticut town also began with high artistic purpose. Its fascinating founder, Lawrence Langner, had already begun elevating the quality of New York theatre by the example of his Theatre Guild productions. He divided his time between theatre and a very successful patent business, scrupulously keeping them separate, but he did transfer at least one idea from one to the other. "All my [patent] clients have research departments to develop new products," he said. "The summer theatre must serve the same function for new plays and for playwrights, for actors and technicians, for directors and stage designers."

Though this large format book is liberally illustrated and generously sprinkled with celebrity names, the text is substantial. With this informal, almost conversational history of some 75 years of this unique theatre inevitably says a lot about American theatre in general.

Readers may absorb insights into the business of theatre, its dependence through changing economics on remarkable individuals (many briefly profiled) and other lovers of theatre, who create shared experiences that include the risk that audiences share with everyone in the production every night.

There are the famous names---early productions and world premieres by Eugene O'Neill, George Bernard Shaw and Noel Coward, appearances by theatrical legends from Eva Le Gallienne, Laurette Taylor, Ethel Barrymore and Paul Robeson to film stars like Dorothy Gish, Gene Kelly, Jean Arthur, Henry Fonda and Joan Fontaine, and famous entertainers like Sid Caesar and Groucho Marx. But what may surprise some readers is the importance of theatre to the actors, directors and others they may know only from the movies and television. At the height of his Hollywood stardom Tyrone Power insisted on a three week run in a now forgotten play, which required some high stakes legal bluffing to keep 20th Century Fox from suddenly recalling him to Hollywood. This phenomenon remains true today.

Westport experimented with various formats and seasons, hit its stride in the 30s and 40s, had great years and not so great through the 50s, 60s and 70s (and the author doesn't pretend the misses were hits), nearly closed in 1989 and stumbled through the 90s, until its latest rebirth began in 2000 when Joanne Woodward became Artistic Director. Westport's 2002 production of "Our Town" with Paul Newman was seen by additional millions on television. Newly renovated, Westport continues to nourish theatre in its many forms with a mix of classics and new plays. Even out there in the country it fulfills a basic element of civilization: to bring live productions together with live audiences in as ancient and as human an experience as we have.
Posted by Captain Future at 1:30 AM No comments: