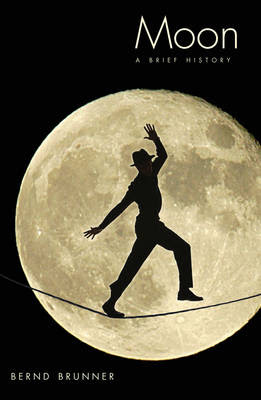 As the only other world humans have visited and the one we've been watching from Earth longer than we've been human, the moon is a fascinating subject. It is also a very large one, encompassing astronomy and all the sciences applied to a physical world, as well as everything human from psychology and poetry to myth and myth-making. This book tries to at least touch all those subjects, and it has been praised in reviews, including this one in the New York Times.

I would also love to love this book, because I love the subject. But I find it crammed more than organized, and poorly edited. I began to sense a certain random quality in the introduction, as if it had been cut and pasted rather than written, and then I ran into several awkward sentences that slowed me down. I got as far as page 18 before I read of astronomer William Hershel that "He also left no doubt that he would prefer the moon as his preferred habitation." If I'd written that sentence in a high school theme, I would have expected some red circles. I don't expect to read such sentences (and this is not the only one) in a book published by Yale University Press.

As a book, it's a nice handy size, and some of the illustrations are handsome if not especially illuminating. I find the typeface annoying, especially the weird-looking question marks, and the narrow centered column of type is jarring. The sentences fight against it. As a reader, all of these things are important to me, and I'm not going to continue reading a book that frustrates me in these ways, unless I'm compelled by the writing or the need of information that only it can provide. The moon is a harsh mistress, but so is the book.
Posted by Captain Future at 1:47 AM No comments: