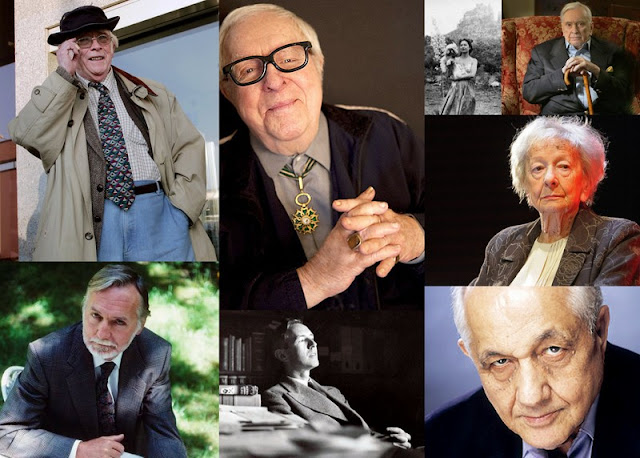 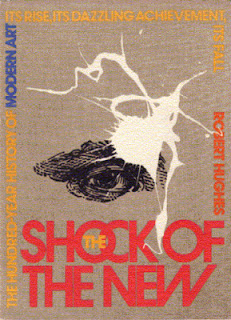 Among these are authors I've read to my great profit.  But I need to recognize a few books in particular that were important to me.  One of them is Robert Hughes Shock of the New, which along with his PBS series, opened my eyes and mind to modern art.  I heard him speak once as well, and he was riveting. 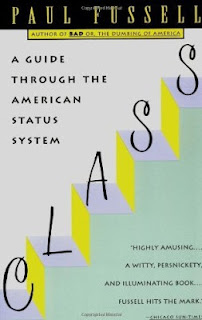 Another book that opened my mind was Paul Fussell's Class.  Even given his generally droll treatment, the idea that America even had classes was heretical--and I blush to admit, new to me.

I began reading Ray Bradbury at a fairly young age--pretty directly after the science fiction of the Winston series meant for young readers.  It was later on that I came to appreciate this novel, and then its brilliant screen version by Truffaut.  It gains in importance over time. 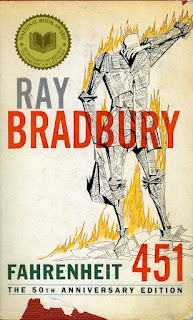 Posted by Captain Future at 11:54 PM No comments: 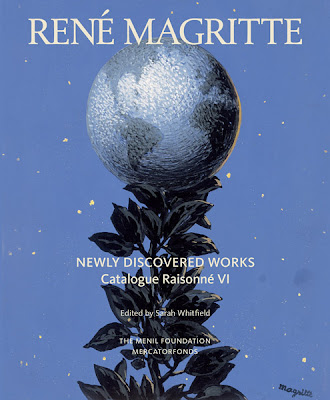 This is the season for coffee table art books, which have apparently outlived coffee tables.  Rene Magritte is one of a handful of modern artists who also fascinates a popular audience with his playful juxtapositions and enigmatic images.  Over the past couple of decades a number of works have surfaced purporting to be Magritte's.  This volume publishes color images of many that have been authenticated as true Magrittes.

For the Magritte aficionado, the imagery of many will be familiar--not only did Magritte often mix and match his imagery, but he created exactly (or almost exactly) the same imagery in different media (here it seems to be most often gouache versions of oil paintings.)  Still, there are enough new variations and several spectacular new images to delight even the casual admirer of Magritte's work.  This is a handsome volume indeed, with some images filling a large page.  The scholarly notes are precise but don't overwhelm the images.  Like many famous Magritte paintings, they delight--they make you smile, but also often with that air of mystery and melancholy.  I've always liked his skies, which seem to be between night and day.  Dawn or dusk--or both.  That's Magritte.

Here are three more of my favorites from Yale: 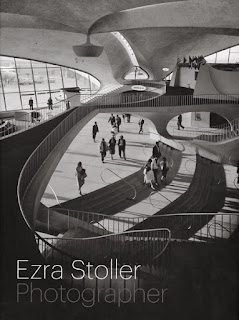 Ezra Stoller's photographs of the work of modern architects helped make them famous.  This volume of his mostly black-and-white photography from the 1940s to the 1970s includes these photos, but also photos of other characteristically modern exteriors and interiors--everything from inside the United Nations to inside a Sears store.  The photos often concentrate on what's most interesting about a building: the play of light and shadow, for instance, or its particular place in the landscape (a small modern house at the top of a formidable rocky hill.)  A few of the interiors include people, which at this point help to place them in time, but most of the images are recognizably from the modern age--the pre-post-modern age, that is.

The selection and arrangement of images is excellent for browsing as well as study, and there are several introductory essays on the biographical, historical and formal background.  "My father was a storyteller," Erica Stoller writes, and this volume is like a collection of visual short stories.  It should please readers beyond those involved in either architecture or photography, but will be of special interest to them. 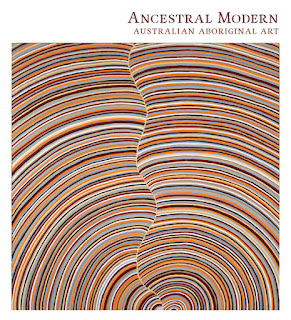 Artists and others have long been fascinated with the imagery of Australian aboriginal art, both ancient and contemporary.  But beyond their interest as abstract images, there is often a specific relationship of the images to actual landscape, animals and historical events.  This volume matches images with the aspects of the real world that inspired them.  It should appeal to the wandering eye, open to color and pattern and to their relationship to nature, but there is also the scholarly support by two Australian and two American curators that adds another level of satisfaction as well as a permanent contribution to knowledge. 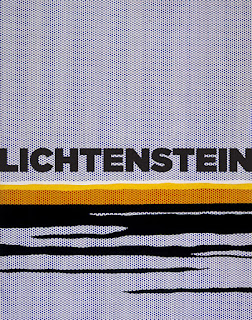 Lichtenstein's images also combine popular fascination with artistic stature.  This volume expands on the familiar with a more complete view of the artist's work, plus previously obscure drawings and collages.  The contributors place Lichtenstein in art history and his own time, while the wealth of images (some 130 works) presented in this large format may fascinate and delight on their own.
Posted by Captain Future at 1:41 AM No comments: 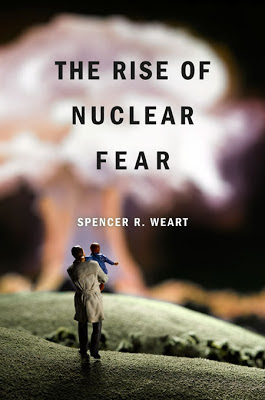 For readers born since 1990, nuclear fear may be a concept hard to access. Thermonuclear war is something out of cheesy old movies or video games, and nuclear power is a running joke on The Simpsons. Even older generations that saw those movies without irony— on any given day nuclear apocalypse was possibly just around the corner—don’t think about it much anymore. Even though the U.S. and Russia have enough hydrogen bombs still pointed at each other to set civilization back for decades.

But as Spencer Weart writes, “Sometimes the most powerful things in our heads are the ones we don’t pay attention to.” It takes just a few new events to resurrect fearful images: the Fukushima reactor disaster in Japan, the specter of a mushroom cloud over an American city from a terrorist bomb from Iraq or Iran. Those nightmarish images were created over many decades, and Weart produces a history of that imagery.

At first it was extremely positive: the discovery of radium and early theories of atomic potential led some scientists and journalists to proclaim unlimited power for almost no cost, leading to the rich and gleaming White City of the future. But even in the early 20th century the atom’s equally immense potential for destructiveness was the subject of warnings and science fiction tales of total devastation: the Empty City.

Then in 1945 came the reality. “With the news from Hiroshima sensitive thinkers quickly realized that doomsday was no longer just a religious or science-fiction myth, but as real a part of the possible future as tomorrow’s breakfast.” Weart chronicles the oscillating hopes for utopia and fears of oblivion, and the highly instructive repressions, denial and numbing during the most obviously threatened decades from the 50s through the 80s. He does so in even greater detail (and with better sourcing) in his earlier book (titled simply Nuclear Fear) but in exploring what he calls the post-1990 Second Nuclear Age  in this book, he demonstrates how this imagery echoes—for example, in the pictures of the Twin Towers falling and the devastation around Ground Zero, with their powerful reminders of the mushroom cloud and the Empty City of Hiroshima.

Weart also links nuclear imagery with more ancient and archetypal images, particularly of alchemy (as did some early atomic scientists.) The failure of the climate crisis to inspire motivating imagery, he believes, is because it had not yet found that mythological depth.

While Weart suggests that nuclear fear may have helped prevent actual nuclear war, he sees more virtue in disengaging the imagery from the realities, especially when it comes to nuclear power versus fossil fuel pollution—particularly from coal-- that has already killed and sickened millions.

As Weart shows by his approach and this book's content, the response to atomic power involves facts and feelings, in many different combinations.  (Sometimes when the public felt they were being lied to, they were right.) Weart is frequently perceptive in both the more metaphorical areas and in the relationship of imagery to fact in both of the nuclear arenas--as well as in their relationship to each other. His writing voice is clear and with enough personality to carry reader interest and confidence.  Because he explores the topic to the depth required for understanding it--and our times--this is an important book.  Together with Nuclear Fear, and a few other books like DeGroot's The Bomb and  Lindquvist's A History of Bombing, it is indispensable to that understanding.
Posted by Captain Future at 11:26 PM No comments: 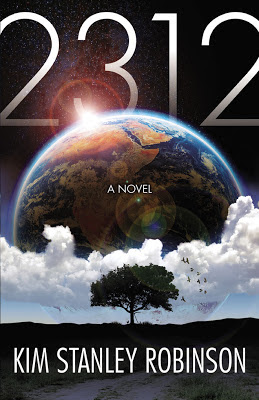 It’s 300 years in the future and planet Earth is predictably hot—“almost an ice-free planet,” with swaths of the northern hemisphere as hot as the equator now, and the oceans 11 meters higher. Florida is underwater and Manhattan is flooded but inhabited: the 24th century Venice. An attempted technological solution (to block sunlight) only led to faster catastrophe.

But humanity has also spread out to the farthest reaches of the solar system, establishing radically new civilizations on planets and moons, and inside hollowed-out asteroids. While Earth is ruled by “powerful nation-states that were also corporate conglomerates,” the outside worlds (great and small) are teeming with experiment and variety, fiercely independent and ingenious but beginning to cooperate in a new kind of economy. Humans are physically changing in response to their new habitations’ gravity and distance from the sun, as well as some genetic manipulation.

Kim Stanley Robinson fans will recognize features of his other space-based tales (longevity treatments, other worlds as utopian experiments, artificial intelligence and its complications, even his previous vision of Mercury and to some extent of Mars) and science fiction fans will note echoes from Arthur C. Clarke (his “space elevator” technology) and George Zebrowski’s ground-breaking 1979 Macrolife (colonies inside asteroids.) But with a few new technological wrinkles he creates a plausible and expansive future that includes struggle and adventure.

Sure, his vision of new worlds of great variety and culture, replicating past Terran civilizations and tenderly nurturing animal species extinct on Earth, may tend towards the idealistic or at least hopeful. It seems just as possible that they would replicate suburbia. But ripples of plausible hope are what Kim Stanley Robinson brings to all the planets on the table.

Part of the plausibility is the story, full of conflict and conspiracy, centered on a mystery. Part of the pleasure of reading it is the central if unlikely love story, and Robinson’s unique feel for the natural world (or worlds) and of humans in the landscape. There is also a central revolutionary act to revive Earth that I won’t give away, but it’s unique in sci-fi, and uniquely KSR.

Robinson’s singular championing of the primal and the natural world does not prevent a hope for grand technologies that “could at last begin to overturn Jevons Paradox, which states that the better human technology gets, the more harm we do with it.” This is a long (561 pages) and richly imagined book-- not nearly as long as his Mars trilogy, but with some of the same qualities. With a literary background (including Theory), Robinson at the beginning of his career made a deliberate choice to bring literary intentions and quality to the genre of science fiction. This is yet another proof of that experiment’s ongoing success.
Posted by Captain Future at 2:02 PM No comments: