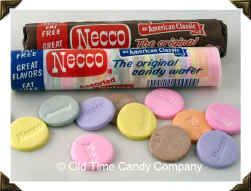 The Trends in Fads: What We Meme When We Say "New and Improved"


Flavor of the Month: Why Smart People Fall for Fads
by Joel Best
University of California Press

Note: A slightly different version of this review appears today in the San Francisco Chronicle.

A fad, says the Oxford English Dictionary, is "a peculiar notion as to the right way of doing something." Its traditional reference has been to "a pet project, especially of social and political reform, to which an exaggerated importance is attributed."

Fads define themselves by being the absolute right answer, quickly replaced by the next one. The only way to lose weight is: cut calories, low carb, low fat (and carbon loading), high fiber, milkshakes, low carb again. Joel Best's book focuses on institutional fads, that suddenly dominate management meetings, training sessions, newsletters and retreats, before they wanly disappear and are replaced by the next bright promise. For instance, in business over the past decade or so, there's been: quality management, Excellence, Theory Z, paradigm shifts, fire-walking, business process re-engineering, the Fifth Discipline and Six Sigma, among others. Academics will be wearily familiar with: distance learning, service learning, online learning, zero-based budgeting, the demographic bulge, the demographic bust.

Best analyzes the lifecycle of institutional fads, how (in his terminology) they emerge, surge, diffuse and are purged. Fads are made possible by networks of fast-moving information and an either/or mentality that demands a single answer to perceived problems. Best writes that educators, alarmed that some children are slow to learn to read, have instituted a series of new regimens concentrating on one key method, such as phonics, which emphasizes sounding out words in parts, or "whole language" (also called "word recognition") that emphasizes words in context. Best points out that both methods are essential, and that favoring one over the other has not altered the fundamental fact that some children learn to read faster than others.

Not all fads represent pendulum swings, and beyond the talking points, Best engages in some deeper analysis of fad-making mechanisms. But casual readers will probably be most amused by the many anonymous commentaries Best reproduces, that appear on office bulletin boards and these days circulate by email, such as the American solution to losing a rowing match with Japan in which it had one person rowing and eight steering: after a consultant study and management reorganization, the American team added three steering directors and two steering supervisors. When that didn't work, they laid off the rower. This office folklore is frequently wittier and wiser than any signed analysis, with the possible exception of the Dilbert cartoon strip (which uses ideas suggested by readers.)

Why do we fall for fads? Why do fools fall in love? Novelty attracts our nervous systems, our faith is progress and our passion is hope. Something new might be the next great thing (the last one sure wasn't), no matter how bizarre it seems at first. They all laughed at Christopher Columbus when he said the world was round. They all laughed when Edison recorded sound.

Some fads begin with a really neat word. Best mentions chaos theory, which began in physics but quickly spread to areas like analyzing literature, where it was deployed with little understanding of its original meaning. A more recent example might be meme, which biologist Richard Dawkins proposed as the mental analogue of the gene. As dubious as Dawkins original claim might be, the word itself has spread like wildfire, but used essentially to mean an idea quickly replicated through the media. It is the latest fad for a word that means: the latest fad.

Although Best barely mentions it, elements of many institutional fads survive the surge and purge cycle to settle into the synthesis of how things are done. Mission statements, just-in-time supply lines, bench-marking and attention to corporate culture were all parts of 1980s management fads like Excellence and Quality. Now they're so normal that young managers might be surprised to learn they are newer than video stores.

That's because these flavors aren't ice cream-they're basically ideas, however initially inflated the claims. They enter the mix for experiment, evaluation and transformation, becoming part of how business, education and our lives are managed and mis-managed. It's also been known for years that one reason many good ideas become failed fads is that management tries to impose practices on the employees who must implement them without taking their practical modifications or point of view seriously. Instead, these dogmatic approaches become the hula hoops employees must jump through.

There's a lot more to be said about the subject, like why managers are so susceptible to magical thinking (I call it the Blue Angel Syndrome---what do you think, have I got a book there?) But this book is a clearly written and overdue overview and analysis of the subject. Besides, there may be just enough to make this book on fads into one: it offers a simple step-by-step explanation with catchy names (I see a Power Point accompaniment) that will entertain business and academic conventions for the usual year.

There is a problem, however. Flavor of the Month is a well-worn name for the phenomenon. A fad needs a brand-new catchy title, like The Tipping Point, Flow, The Peter Principle, Future Shock, Psychobabble (the title of a forgotten book by Richard Rosen) or even The Malling of America.

Posted by Captain Future at 11:16 AM No comments: 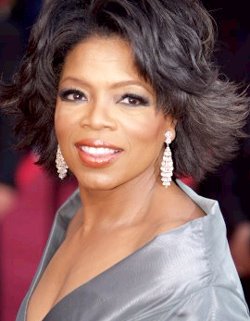 Oprah exemplifies and champions the narrative of Redemption.

Posted by Captain Future at 8:46 PM No comments:

To Be the Hero of Your Own Life

When Oprah Winfrey called the Larry King Show--the Queen of Talk calling the King, so to speak (although she's Queen of a larger land)--she defended author James Frey, an act she has since repudiated. (If you're not sure who I'm talking about, there are several posts below this one, from earlier this year, that should refresh your memory.) She noted that while some of what he'd written wasn't altogether true, the power of his story remained intact: a story of redemption. She used that word: redemption. Redemption as the payoff that motivates hope was so powerful to her that she was temporarily willing to overlook what was soon revealed to be large scale deception. When she turned against Frey, it was with a passion due presumably to the damage he'd done, not only to credibility, but to hope, and his manipulation of redemption.

Though Frey isn't mentioned in psychologist Dan P. McAdams' book, Oprah is a major character and example of McAdams' thesis that redemption is a primal theme in the life narratives of "generative" people--people who accomplish a lot (he probably could have vastly increased sales of this book simply by calling them "successful.")

"If you are looking for the redemptive self, you should know that it is not hard to find," he writes. "You need go no further than the Oprah Winfrey show, the self-help aisle at your local bookstore, or Hollywood's latest drama about the humble hero who overcame all the odds to find vivid expressions of the power of redemption in human lives."

But it's not just Oprah's show, but her own story--her life as she describes it-- that exemplifies the redemption theme. McAdams shows how it is deep in the American way of looking at things, and he illustrates how it typically plays out according to race and class and historical context. But essential to this basically melodramatic theme is the idea that bad things happen for a reason; they happen to form and motivate redemption.

McAdams finds the theme in Emerson and in American slave narratives; in the Gettysburg Address and in the stories that generative people tell about themselves. Redemption requires suffering, and it makes violence and deprivation to the innocent, or visited seemingly at random, a comprehensible part of a story with a happy ending. It channels guilt and regret for past mistakes into a narrative of personal triumph, overcoming those errors, sins and crimes. It provides hope (and perhaps also additional guilt) to those born into devastating circumstances or subjugated groups that an individual can overcome the obstacles and rise above their apparent fate.

This is a well-written book that makes scholarship and theory accessible. It's not the kind of treatment that is itself likely to make it onto the self-help best-seller displays, but McAdams has put his finger on something that he argues is prominently and characteristically American. He explores the inspiring and troubling aspects of the redemption narrative: hope and self-deception, belief in oneself and the belief that one was "chosen" for redemption and success.

There's plenty of content here, and generous notes to add further depth and texture. Maybe we all wonder, with David Copperfield, if we're going to be the hero of our own story. It seems we Americans go to some length to make sure we are.
Posted by Captain Future at 8:05 PM No comments: