For Pleasure: Fall into Winter 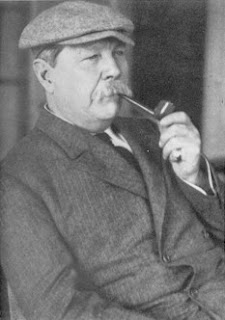 The DVDs of the BBC Sherlock series and my continuing interest in the Granada Sherlock Holmes series (with Jeremy Brett) inspired me to read (and re-read) Sherlock Holmes stories in my The Illustrated Sherlock Holmes Treasury (Crown 1984) which has many of the original illustrations as well.  Especially when re-watching various Granada episodes (based most closely on the actual stories), I would go to the stories themselves to see how they differ.  Fun and enlightening.  I came to prefer Holmes stories for bedtime.

I happened to see a recent video interview with J.K. Rowling.  She was asked the question: what writer would you most like to be compared to?  I think it was specific to the Harry Potter books.  As the question was asked the name E. Nesbit leapt into my mind.  And so it was with a shiver that I heard her say that same name, E. Nesbit. 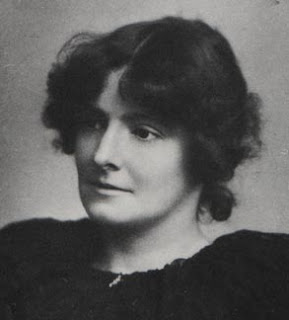 English author Edith Nesbit is best known for her children's novels and stories, though she wrote other works and had an otherwise fascinating and dramatic life.  At some point at the old family home, I happened on a couple of her books that had belonged to my younger sisters.  I read them and was enchanted.  When I read the first Harry Potter book much later, the first author I thought of was E. Nesbit.

So I revisited one of those books, The New Treasure Seekers, and for the first time read the original, The Story of the Treasure Seekers.  It was a different reading experience but I wasn't disappointed.

I've also been reading (or re-reading) juveniles from the time of my youth or before.  I've mentioned some before, mostly the science fiction stories but also some sports fictions.  In a box of somebody's giveaways I came across one that I either read or could have read back then: Grand-Slam Homer, a Bronc Burnett story by Wilfred McCormick (1951.)  It did remind me that, next to listening to radio play-by-play of Pittsburgh Pirates games, I learned the most about the finer points of baseball from books like this one.  I learned very little from my own coaches--much more from coaches like Cap'n Al in this book.

Also inspired by viewing a DVD collection of Chekhov plays, I read A New Life of Anton Chekhov by Ronald Hingley.  But with no televisual prompting at all, I also read Michael Billington's 1987 Stoppard, on the plays of Tom Stoppard to that point. Billington is always interesting.  I found myself yearning for the music of James Joyce's sentences, so I began reading the stories in Dubliners, but specifically in the Illustrated (and annotated) Edition by John Wyse Jackson and Bernard McGinley (St. Martins) which I'd been given as a gift many years ago.  For similar reasons, I've reread portions of Gravity's Rainbow by Thomas Pynchon. 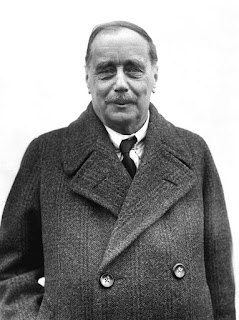 Arthur Conan Doyle, Edith Nesbit and H.G. Wells were contemporaries in the late 19th and early 20th centuries.  They all appeared in The Strand Magazine, sometimes in the same issues.  Wells has been a particular interest in recent years, so it was for an ongoing project involving his work as well as my Sherlock phase that I also read Arthur Conan Doyle by Don Richard Cox (1985) and The Doctor and the Detective by Martin Booth (1997.)  I'm evolving my own theory about Conan Doyle's influence on Wells.

Finally, as part of that ongoing writing project, I dipped into several books on and by Wells, and I've been reading with great pleasure as well as interest: Margaret Atwood's In Other Worlds, Robert A. Heinlein by H. Bruce Franklin, and particularly Alien Encounters by Mark Rose.
Posted by Captain Future at 12:11 AM No comments: