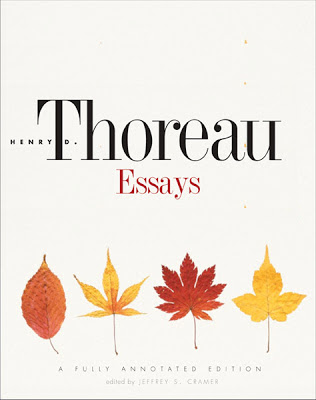 Here’s something you might not know about Thoreau: even after he was a published writer he worked in the family pencil business, and contributed several technical innovations to the art of pencil making. Here’s something else: when Thoreau stayed for a year in the cabin on Walden Pond, there were active railroad tracks skirting one edge of the pond, so every day as he was writing about nature, he heard trains roar by.

These tidbits (gleaned from Robert D. Richardson’s excellent biography, Henry Thoreau: A Life of the Mind) remind us that in the mid-19th century Thoreau shared a lot of recognizably modern life. That includes his experience as a freelance writer, hunting for assignments in New York and wasting time and energy trying to get paid on time, or at all.

As a writer his engagement with the economic, political and technological contexts of his time emerges most directly in essays he wrote for periodicals. To his observations he brought deep scholarship in Western but also Eastern literature and philosophy, and a keen appreciation of Native American cultures. Best known—and best represented in this selection—were his moral and political passions on the subject of slavery, and all it meant to America and mankind.  His essay on civil disobedience is not only eloquent but historically important, a model for Gandhi and Martin Luther King.

What distinguishes this volume however is not the selection of essays—they add only one short piece to those in such standard collections as Thoreau: The Major Essays published in 1972. This is the latest in a series of annotated editions of Thoreau’s works by Jeffrey S. Cramer, published by Yale in the same format. On facing pages, the outer columns are annotations and the inner two columns are text. To my eye this is an uncongenial arrangement, certainly for reading the text but also for the annotations. Either they crowd against the text, or the text is marooned between equal columns of white space. So the attraction must be the annotations themselves, which are indeed helpful as they clarify word meanings and topical and literary references.

But with a couple of exceptions, the essays themselves are to my mind the least interesting of Thoreau’s writings. The books are more artful and entrancing, and the journal entries more striking and immediate. Still, these essays contribute to our understanding of Thoreau and especially of Thoreau in his times. They have their champions who will likely find them enhanced by the annotations.

So precise were Thoreau’s observations of plant cycles and seasons that scientists today use them to measure the effects of climate change. But the essays in particular place him more actively in the public world. (Perhaps most interesting for today is the essay on a book that prophesied wind and solar power.) They help correct the quick stereotype of Thoreau as airily (or earthily) detached from his times.
Posted by Captain Future at 8:24 PM No comments: 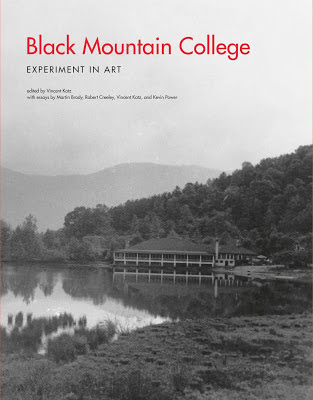 That mid-20th century artistic innovations happened in New York, Paris and San Francisco is no surprise, but rural North Carolina? It’s all but forgotten now, but for 23 years many of those who defined American arts came to an isolated YMCA camp in the Blue Ridge Mountains to teach, learn, collaborate and create.

Black Mountain College began in 1933 as an experiment in higher education, but the arts were always an important component, and so was the idea of cross-fertilization. The first inspiration was the Bauhaus movement in Germany, which advocated arts and crafts on an equal footing. Among the first Black Mountain teachers were Bauhaus painter Josef Albers and his wife (and craftsperson) Anni Albers. The remarkable landscape of mountains and lake and the natural quiet drew artists from New York and elsewhere to teach —some periodically, some continuously for years. Some students in turn became prominent.

There were the inevitable problems of a small hothouse campus, of strong convictions, egos and hormones. But there were also historic moments that seem unlikely to have happened anywhere else. For example, there was a rare production of a play by composer Erik Satie, directed by future filmmaker Arthur Penn, with music performed by John Cage, dancing by Merce Cunningham, sets painted by artist Willem de Kooning, and starring Buckminster Fuller, who took time off from teaching how to make geodesic domes to play the outrageous lead character.

There have been other books on the subject, with the two I remember in reasonably new editions (The Black Mountain Book by Fielding Dawson and Black Mountain: An Exploration in Community by Martin Duberman) but it is often missing in accounts of either the arts or education of this era. This generously illustrated volume emphasizes the visual arts, but the text and additional essays cover greater ground. These include an essay by poet Robert Creeley about working with visionary poet Charles Olson—two highly influential literary figures in the 1960s and beyond. Though most of the big names associated with Black Mountain are male (including artists Robert Rauchenberg and Robert Motherwell, composers Lou Harrison and Roger Sessions, poet Robert Duncan), many women and lesser-known men were just as important there, and are well represented in the text and illustrated artworks.

This volume gives the flavor of what it was like to be a student there, especially for those from places and classes that made the New York art scene very remote.  Yet it was important to be in touch with what was going on, and the text reminds us that before the Internet or even many magazines dealing with contemporary art, the works on the walls of New York galleries were mostly inaccessible and unseen in the hinterlands.

Since these legendary figures who taught there defined American arts and established American artists as world leaders, the Black Mountain College story is historically important. The setting—so different from the usual urban-dominated history—is itself fascinating, and an important key to a lot of the art work of the era. Within this narrative, there is the equally important sense of Black Mountain College as an experiment in education that was influential for decades, though the idea of experimental colleges seems sadly to have nearly died out.

However, when I was in college in the 60s, Black Mountain College as an example of both was very much alive.  The influence of Olson and Creeley (who visited my midwestern campus for an unforgettable week) on poetry, the connections with Cage and Buckminster Fuller, all kept Black Mountain's history in our consciousness.  But as an experimental college it was perhaps even more potent in those years of yearning for new forms in college learning.

Some of what Black Mountain and other experimental schools of the period invented became part of programs at traditional colleges like mine, with their source forgotten.   But other more basic ideas and innovations largely disappeared, along with the visions of education they represented.  (Wikipedia does list a number of experimental colleges influenced by Black Mountain.  I'm not sure I'd call all of them experimental.)

With an emphasis on teaching process, Black Mountain College was (in the words of one teacher) a place where people were more interested in what they didn’t know than in what they did. These two aspects—creativity and the educational experiment—are linked, and this volume is a solid beginning in exploring those links.
Posted by Captain Future at 10:38 PM No comments: