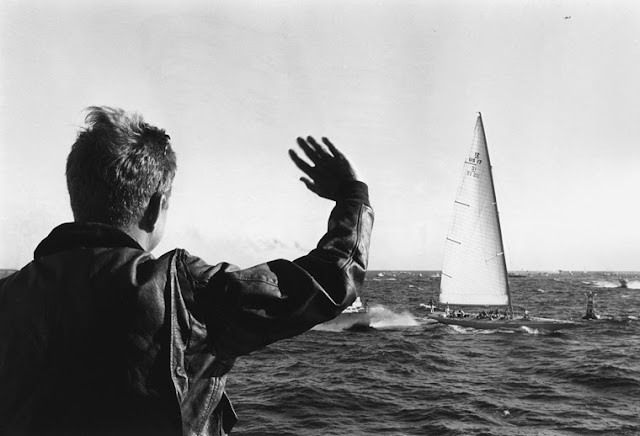 JFK's Last Hundred Days: The Transformation of a Man and the Emergence of a Great President
by Thurston Clarke
Penguin Press

There have been thousands of books published about the Kennedys over the years, and probably hundreds in this 50th anniversary year of the assassination of President John F. Kennedy.  Many of this year's focus on the assassination itself, with degrees of exploitation varying from a lot to obscene.  I didn't have much respect for Larry Sabato before he touted his book by claiming JFK's assassination was "inevitable," but I have less than none now.

Then again I've avoided reading books about JFK since the first biographies (with the recent exception of Alan Brinkley's short history.)  One of the benefits of reading Thurston Clarke's book now is that I have learned probably everything worth learning from previous reporting, especially as new documents, tapes and testimony surfaced or were released. 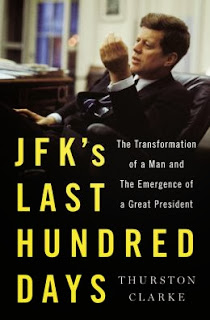 Clarke makes good and careful use of what's been published over the years, by historians, journalists and a lot of participants in the Kennedy administration. He's used the archival material that's been gradually released by the Kennedy Library and other sources. He integrates the most credible of the revelations about JFK's dalliances and his medical history. So for someone who hasn't trusted much or read much about JFK in recent decades, this turned out to be the right book to read.

The book is structured as a day by day account of those last hundred days in 1963. Clarke's premises is that, even though JFK's own excesses always threatened to catch up with him, 1963 was the height of Kennedy's presidency, and probably the best year of his marriage and fatherhood. He was looked forward to running for his second term, and had found his main themes. On a speaking tour in the west ostensibly about conservation, he found that whenever he mentioned the nuclear test ban treaty and the need to end the arms race, he got a huge response. The pursuit of peace was going to be one major theme. The second was a national effort to address the problem of poverty. He'd proposed a tax cut and other measures to help the middle class and the economy in general, he was committed to civil rights (especially the voting rights act) but poverty was going to be a new focus.

Clarke chronicles the painful dance that Vietnam policy had become, but he is certain--as most in the position to know were certain--that in his second term Kennedy intended to end American military involvement in Vietnam.

Frankly, none of this surprises me. There is much fascinating detail new to me in this book, but these particular points confirm what I've always believed, and so more than ever reinforce my feeling that America was and is a much different country because JFK was killed in 1963.  I was very young then but I was a close student of the Kennedy administration, and Clarke's case comports with what I knew and felt.  I'm glad this is one of the two books I decided to read as the 50th anniversary approached.  It is well written and reported, with passages of eloquence.

It is perhaps inevitable that in a story about someone who dies violently at a young age, the theme of anticipating early death and in this case assassination is pretty strong throughout the book.  I knew that JFK talked about how possible assassination was, but it was unsettling to read about an evening of charades when he pretended to be shot, and friends doused his head with ketchup. 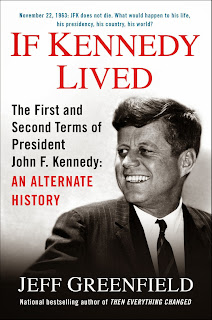 The premise of  the second book --an alternative history titled  If Kennedy Lived by Jeff Greenfield-- is that Kennedy doesn't die in Dallas.  The difference between life and death is simple: the weather. On the morning of November 22, 1963 in Dallas, it rained. But by the time President Kennedy got in his car for his motorcade, the sun was shining. Greenfield's story begins with one small change: the rain continues. Because of the rain, the plexiglass bubble top is attached to the presidential limo, so it is no longer an open car. So when the motorcade slows down to make a turn off Dealy Plaza, a gunshot shatters the plexiglass and wounds the President. But he survives.

In this story, President Kennedy is re-elected (beating Goldwater but by not as great a margin as LBJ did, which is what JFK expected.) Historically the assassination stopped a congressional investigation in its tracks that might have led to serious allegations against LBJ.  But when JFK lives in this telling, the investigation proceeds and LBJ is forced to resign.  JFK runs in 1964 with Missouri Senator Stuart Symington as his running mate.

Though both of these books record JFK's belief that LBJ would be a disaster as President, they disagree on who LBJ's replacement on the 1964 ticket might be.  Clarke notes a conversation JFK had with his secretary and confidant, Evelyn Lincoln, in which JFK said he was thinking about North Carolina governor Terry Sanford.

Though Greenfield make imaginative choices, his alternate history is based on real history.  Especially on the pre-11/22/63, it often match Clarke's book as well.  There are even a few pages based on recorded conversations that are virtually identical.  There are some sly passages in which familiar things are said but by a different person, or in a different context--a source of amusement for the politically attuned.  The writing is spotty, and there are too many awkward repetitions for so short a book.  But the alternate history is plausible.

In Greenfield's telling, much of what Clarke's book suggests would have happened does happen. The voting rights act, medical care for the aged (Medicare) pass. JFK makes further agreements on nuclear arms with the Soviets as well as selling grain to them (and in the process keeps Khrushchev in power). He begins the process of resuming relations with Cuba, and relations with (Red) China.  And above all, he does not commit ground troops to Vietnam. There is no Vietnam war.

Clarke tells this story convincingly and cites the most recent scholarly opinion that JFK was preparing to end U.S. involvement in Vietnam after his reelection.  But where Greenfield's book is best is in suggesting the ramifications of the changes in policy.  No Vietnam war is the prime example.  Though much of what we call the 60s would still have happened, it would not have been so toxic and desperate.  There would still be student protest on other issues, and Students for a Democratic Society, but they would not be borne of such despair and desperation. Young people would join SDS and go South for Freedom Summer. But they would also join JFK's domestic Peace Corps, in droves.

Cultural changes--from the Beatles to Gloria Steinem, etc.--would still happen but would be understood in an unthreatened Kennedy White House.  The racial and income rifts that energized the extreme right, from inner cities to the new suburbs, were already happening, but Kennedy was starting to understood them.

Greenfield doesn't deal much with the ramifications of the draft calls that would not happen in the late sixties, but they are also a very important factor to those of us who were young men then.  Both of these books describe what I have felt since that day, and now can see in looking back: America changed, and my life certainly changed its course, fifty years ago on November 22, with ramifications from that day to this.  At least for the country and the world, the change was very much for the worse.
Posted by Captain Future at 11:30 PM No comments: 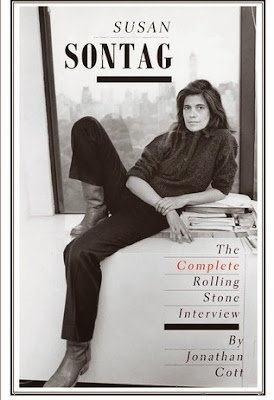 Born in 1933, she was an academic and an academic's wife when she heard "Rock Around the Clock" by Bill Haley and the Comets on the radio, and changed her life.  By the mid 1960s she was the devastatingly beautiful American writer who first brought high culture smarts to popular culture manifestations, and among other things helped give birth to a generation of rock critics like me, and everybody who wrote for Rolling Stone.

So she was a natural for an extensive Rolling Stone interview published in 1979.  It's hard to imagine now an analogue to Susan Sontag who would be the subject of such a treatment today.  But even with her accomplishments to that date--the groundbreaking collection of essays Against Interpretation,  the equally original On Photography and Illness As A Metaphor, with thoughts and a point of view responding to her own confrontations with cancer and the medical system--many important accomplishments were ahead of her, notably her activities in Sarajevo during the Balkan warfare (where she directed a production of Waiting for Godot with a background of gunfire outside the theatre), her book Regarding the Pain of Others and her novel In America which won the National Book Award in 2000.   Revelations about her bisexuality--including her own admission-- also emerged some years after this interview.

Jonathan Cott conducted the interview, in which literary allusions are as likely in the questions as in the answers.  About a third of it appeared in Rolling Stone, and though there is conversation in the book that is less interesting, having the whole interview published is certainly worthwhile.  Sontag (Cott writes) enjoyed the interview process and the best exchanges show how engaged both participants were.

Sontag remained a champion of modernism and of a 1960s sensibility in the best sense. She battled back against the revisionism and reaction already underway just as the counterrevolution of the 80s began.  "The idea is that everything that was hoped for and attempted in the sixties basically hasn't worked out and couldn't work out.  But who says it won't work?  Who says there's something wrong with people dropping out?  I think the world should be safe for marginal people.  One of the primary things that a good society should be about is to allow people to be marginal."

Cott also contributes a brief introduction which quotes from Sontag's writing, including this startling gem: "There is no possibility of culture without true altruism."  That's what we needed and got from Sontag--bold, against the grain, forthright and well-stated.  And that's what we miss.

Posted by Captain Future at 6:21 PM No comments: