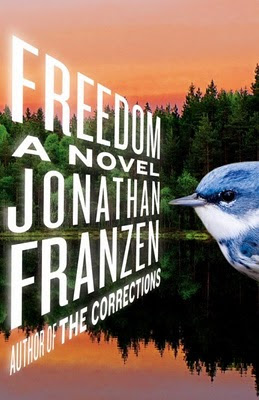 Freedom: A Novel
by Jonathan Franzen
Farrar, Straus and Giroux

If you’re looking for another rave review of this novel, look just about anywhere else, starting with the New York Times Book Review, or Time Magazine with Franzen on the cover as “Great American Novelist.” The hype by now is feeding on itself, but I began reading an advance copy of this novel months ago, before all this started. I was impressed, but not this excited by what I read.

It’s pretty clear however that Franzen has done something special. It’s an intelligent contemporary story in colloquial prose with little physical description—the landscapes he limns are mostly internal. Except for some slack sections, it’s lean—even tracking the characters’ rapid changes of consciousness is done economically. The characters are familiar yet individual, and believable. The dialogue is convincing and even smart without being overtly witty. Readers—especially educated white urban/suburban ones—will find a lot that rings true.

This story of the marriage of Patty and Walter Berglund, their children and lovers, set mostly in the Shrub years, is on familiar ground for a realistic novel. Freedom excels in this genre. It’s an entertaining read, there’s political and social context and there are levels beyond the obvious. But for me it lacks the magic of, say, Tolstoy (the comparison seems invited not just by reviews but by several War and Peace references in the novel.) I agree with Laura Miller at Salon: this is more Trollope, more The Way We Live Now, though perhaps less obviously satiric.

The specific characters have intriguing new twists: Patty is an ex-athlete, Walter an angry environmentalist, Richard an aging punk rocker. But the way the characters are delineated is too programmatic for my tastes—we’re mostly told in definite terms (usually psychological and genetic) why the characters are the way they are. That there are no grand passions is maybe part of the point, but there’s also little mystery or ambiguity. Still, just what the story means in any larger sense--especially with a title like Freedom--is likely to inspire discussion for awhile.

On first reading, it seems uneven. The early section in Patty's voice is a tour de force, but her second entry is less impressive. Some of the Walter sections were precise--maybe too precise--and others windy. Some of the observations (Walter's attitudes while driving) and some of the scenes (the son's assignation with the woman of his dreams) are memorable. While the environmental politics seemed all too realistic, I confess I didn't feel any great metaphorical weight in this subplot. But maybe because these uncomfortable and even tragic ironies concerning the natural environment and today's environmentalism aren't as new to me as they might be to other readers.

Maybe it’s a cause for celebration that there’s such buzz over a book that doesn’t involve vampires, but the Time Magazine implication that writers like Philip Pullman, Kim Stanley Robinson and even J. K. Rowling aren’t writing literature because they don’t adhere to this kind of contemporary realism is shortsighted. Their deep popularity suggests there’s something missing in this genre.

All this is arguing with the hype, though. Writing about this novel in the context of Franzen's literary career, Blake Morrison in the Guardian concludes: "Who's number one?' It doesn't matter. It's enough that Franzen has written two terrific novels in a single decade and that the new one is just as good as the last."

I’m guessing that some A-list actresses are moving heaven and Hollywood to play Patty, so the hype is far from over. So is this already the Great American Novel? Time will tell—though it’s worth mentioning that the first reviews and early sales for The Great Gatsby and Moby Dick were terrible. Is Franzen our greatest American novelist? Not while Thomas Pynchon is alive, for one.
Posted by Captain Future at 11:32 PM No comments: 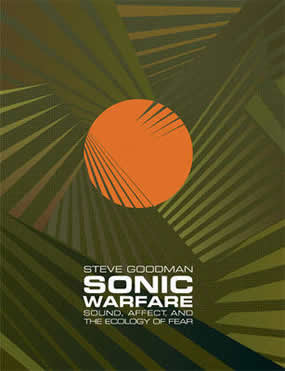 Sonic Warfare: Sound, Affect, and the Ecology of Fear
By Steve Goodman
The MIT Press 270 Pages

The deliberate use of sound as a weapon, as well as the noise pollution that is already a pervasive, unacknowledged and damaging aggression—this is a subject that cries out for a well-researched and trenchant book. The title and subtitle of this book suggest such a treatment, but the book itself defies such expectations.

It is instead an academic book of a particular kind, as evidenced by the wildly disparate topics it examines, and especially its prose. For example: “ By constructing this method as a nonrepresentational ontology of vibrational force, and thus the rhythmic nexus of body, technology, and sonic process, some latent affective tendencies of contemporary urban cultures in the early-twenty-first century can be made manifest.”

I rest my case. It may be so, as literary scholar Robert D. Richardson writes, that “we can follow an argument and recognize its strength only by its congruence with our own mental processes.” In any case, even if academic semiotic jargon has trickled down to more of the reading public, I still doubt that the general reader is up to hacking through such thickets of prose, which can be said to be English only in that no other known languages would acknowledge them. Whatever penetrating points this book makes remain the kind of secrets the priesthood of Theory apparently likes to keep to itself.

University presses are publishing more serious books for general readers, as trade publishers increasingly abandon this enterprise. But university presses still publish books that are of primary interest to academics—and are written that way. No reason that they shouldn’t, but attempting to sell a few more copies of academic books by giving them disingenuous titles is a temptation it might be better to resist.
Posted by Captain Future at 7:00 PM No comments: